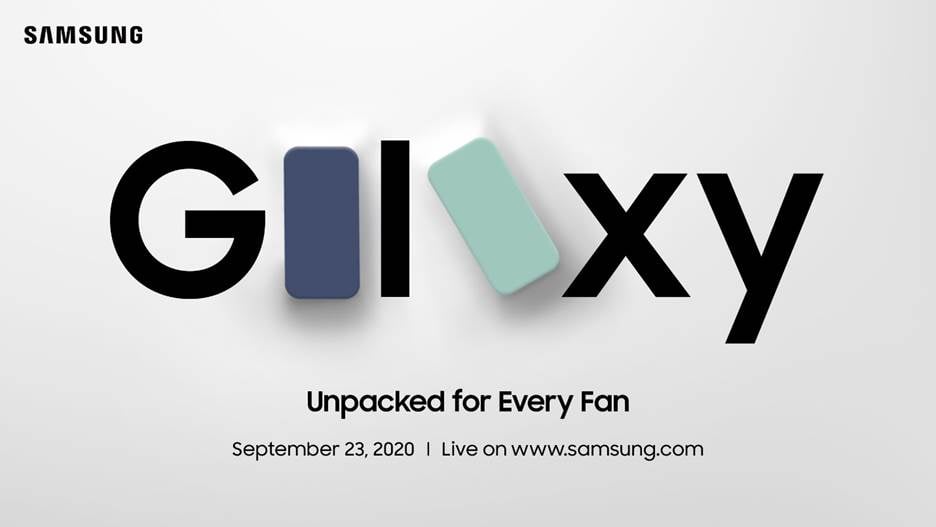 Samsung has had a pretty busy go of things as of late, but that doesn’t mean it’s done introducing phones for the year. An invitation for a “Samsung Galaxy Unpacked for Every Fan” has gone out, revealing the hardware maker still has something up its sleeve.

Scheduled for September 23, the event figures to mark the debut of the Samsung Galaxy S20 Fan Edition. First spied on Verizon’s website by Android Police, it looks to be a less expensive approach to the Galaxy S20 experience.

This would not mark the first time Samsung has taken this approach to its flagship series of phones. In the past, however, they were known as “Lite” versions.

The hardware details, which have not been confirmed, are rumored to include the same Qualcomm Snapdragon 865 processor but with potentially less memory.

The screen size may actually come in larger than in the standard model, and retain the same 120Hz refresh rate.

According to video renders found on the Verizon website, the back of the phone will retain three cameras. Reportedly, it will feature an 8-megapixel telephoto lens with 3X zoom instead of the 48-megapixel crop/zoom sensor of the original.

With about one week to go before the official announcement we might not be surprised if more details surface. Given the phone is already in Verizon’s system and seemingly ready to sell, availability shouldn’t be very far off.

Samsung’s invitation shows a mint green and dark blue phone so we suspect those are two of the color options for the Samsung Galaxy S20 Fan Edition. Others are anticipated to include red and pink; choices may vary by carrier.