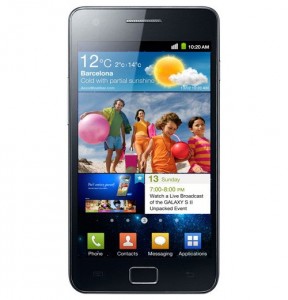 Samsung’s Galaxy S II may not be in the United States just yet but that doesn’t mean the phone isn’t a runaway hit.  According to new figures the Android-powered smart phone has sold 5 million units in the first 85 days, considerably better than its predecessor.  What’s more, the handset is actually picking up steam and sales are accelerating.

The Galaxy S II took only 55 days to hit the 3 million mark so this guy is well on its way to eclipsing all other Samsung releases. While it took the original Galaxy S phone seven months to cross 10 million mark, the Galaxy S II looks to come in well under six months at this rate.

Things could get really interesting in a few weeks when U.S. consumers finally get their hands on the various flavors of the handset.