2011 is about to say goodbye to all of us, but it turned out to be the best year for Android. Android enthusiasts are calling 2011 “The Year of Android”, and no doubt it is; also, it was very bright for Samsung, and there’s a proof for that as well. Samsung officially announced that they shipped more than 1 million Galaxy Note units in just 2 months. The Galaxy Note was launched by Samsung a month ago, which is actually a smartphone-tablet hybrid. The phone is available in several countries and it’s going to hit US shores in 2012. Keeping Samsung previous sale records in mind, just in 5 months after the launch of the Galaxy S II, Samsung sold almost 10 million SGSII units, which is an unbelievable record. 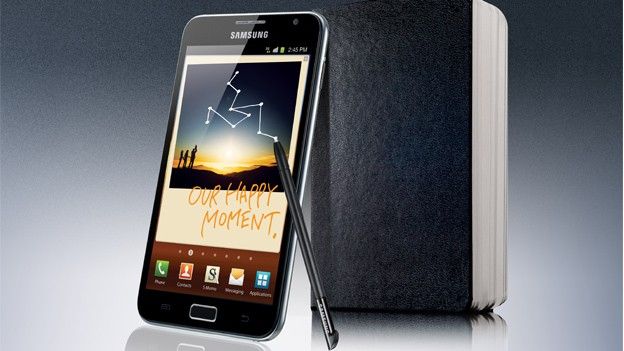 Well, Dell was the first one to launch a smartphone/tablet hybrid, known as Streak 5, but Galaxy Note is far superior. Now, it seems that other mobile companies would be following Samsung’s footsteps, because this trend is now becoming “cool”. Who’s waiting to grab the Galaxy Note here in US? Anyone? Tell us about your thoughts in the comments.