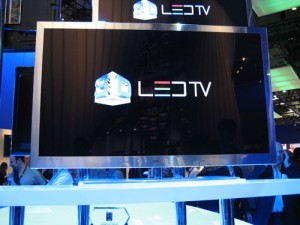 I consider Samsung to be one of the pioneers of this generation of smart/web TV’s. They weren’t running Google TV when I last saw them, but the sets were amazing nonetheless. Bringing about some really neat add-ons, like a camera so you could Skype with friends and Family. It didn’t seem like there was a bunch of room for expansion or further development though, which is what Android seems to have mastered. So it seems only logical that Samsung would take the success we have enjoyed from the Galaxy S line to their consumer electronics devices. What Samsung needs is their own Google TV.

Hoping to unveil at the January CES, Samsung’s head of TV business Boo-Keun Yoon confirmed the devices are on their way, and will be on the stage January 6. While the TV’s will be able to perform the same way as their Sony counterparts as far as the Operating System is concerned, the hardware is going to be what sets them apart. Samsung’s ultra-thin OLED 3DTV’s are a superior viewing experience, and will be allowing the Android experience to grow into the 3D space, just like with the new 3D phones.  Will Samsung’s TV continue to drive Google TV into the homes is the real question, and one I hope has a positive answer.