Along with the unveiling of the Samsung Gear S2 smartwatch at IFA 2015 in Berlin today, Samsung revealed something else called the Galaxy View, despite not really explaining what it is.

The Galaxy View, from the pictures Samsung teased out, looks to be a brand new big tablet that appears to have a kickstand and aimed at watching movies and TV shows. 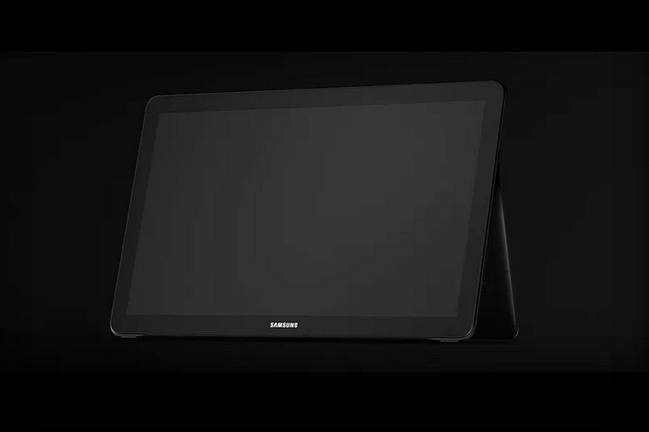 It’s supposed to be released in October and could really either by a device completely on its own, or an accessory that attaches to a device as a second screen. A second display would make sense to offer an external display accessory to Samsung products, and would certainly justify the name ‘View’.

I guess we’ll find out in October.