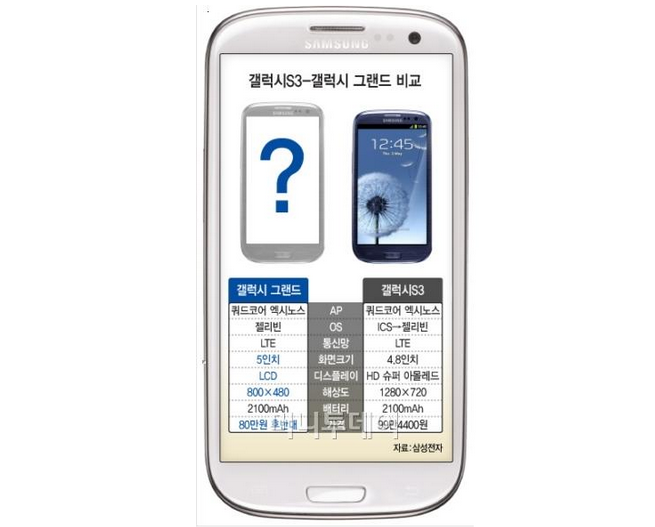 Samsung is, in rumor, planning to announce a new player in the GALAXY lineup, the GALAXY Grand. According to South Korean publication “M.T.”, the device is said to come at the end of the month with a 5-inch LCD WVGA display, as opposed to the 1080p that was originally thought to be included.

Now, let’s step back and take a look at something. This 5-inch display is only going to have a resolution of 800×480. That is going to look like, well… not great. Will the 1.4 quad-core chipset and 2100mAh battery be enough to make up for it? Probably not, honestly, but we’ll have to wait and see how capitalism decides the fate of the Grand.

While we’re not expecting to see this device here in the states, we should be seeing it in Korea under SK Telecom, KT Telecom, and LG U+ for the American equivalent of about $740 (800,000 won).