Samsung’s Galaxy S6 Edge has already gained quite the popularity over these past few months since its release. There were rumors earlier stating the existence of a larger version, the Galaxy S6 Edge+. We had some leaks a few weeks back depicting the phone in a video as well as a press render leak. But as it is with all leaks, there was no solid ground for establishment.

In a new turn of events today, a USPTO (United States Patent and Trademark Office) filing by Samsung has revealed that the Galaxy S6 Edge+ ‘may’ indeed be real. I say ‘may’ because these kind of listings happen almost every other week. It may be nothing more than an attempt towards brand security from Samsung by trademarking the S6 Edge+. 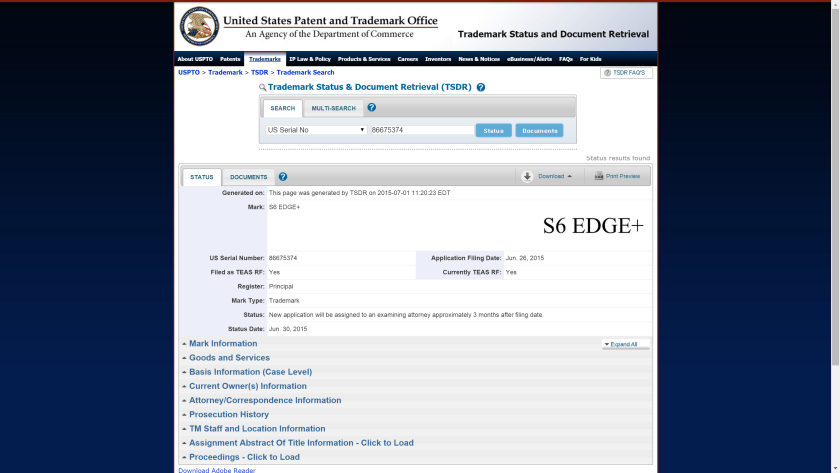 It is highly possible that both names refer to the same device, and Samsung is just trying to keep it all under wraps by throwing more names into the mix. 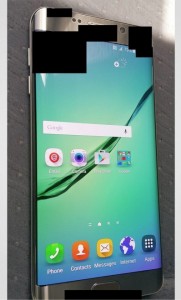 Coming to rumored specs, the Galaxy S6 Edge+ may have a 5.4 or 5.7 inch Super AMOLED screen with a hexa-core Snapdragon 808 chipset. The rest of it – 16 MP primary camera with Optical Image Stabilization and a 5MP front camera, 32GB on board storage, 3GB RAM, 4G LTE connectivity and a fingerprint scanner – remain the same.

Nonetheless, it looks like Samsung is prepping up heavily for the second half of the year. News has also been going around that Samsung will have no loose ends to the arrival of Apple iPhone 6S Plus. The Galaxy Note 5 has already been hyped enough to give tough competition to the new Apple iPhone. With the clash of phablets intermittent in the coming months, Samsung might oust the Galaxy S6 Edge+ soon, just to rival Apple.

Although, releasing both the Galaxy Note 5 and the Galaxy S6 Edge+ would be a very risky strategy for Samsung since both will be flagship phablets. If both release, the two devices would be competing against each other as well as against every other phablet flagship on the market.

The only difference would be the lack of Note features in the Galaxy S6 Edge+. It’s a win-win for consumers though since they will get to choose from more devices this fall.

Will you buy the Galaxy S6 Edge+ (assuming it releases) over the Galaxy Note 5? Let us know your thoughts in the comments below.