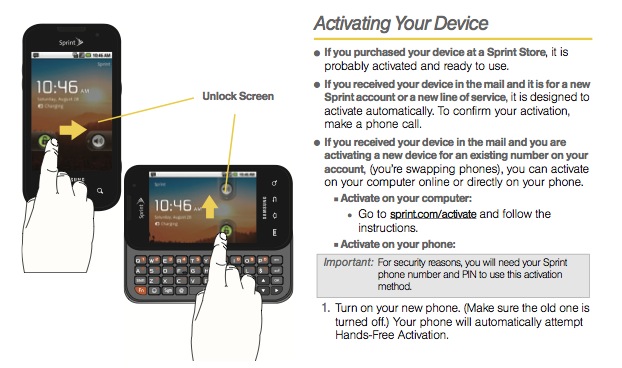 We’ve uncovered some more info about the Samsung Transform, which was leaked last week and rumored to be headed to Sprint. A leaked Sprint training document shows that the Transform will be packing a nice 4-row QWERTY keyboard that looks very similar to that of the Epic 4G.

What’s really surprising is that it looks like the Transform will run stock Android 2.2, instead of Samsung’s TouchWiz UI found on their Galaxy S devices. Other specs include WiFi, a micro-SD card slot, Bluetooth, and a 3-megapixel camera. We still aren’t sure if this device will join the Evo and Epic in the ranks of 4G speeds. No word on a release date or pricing, but count on AndroidGuys for the latest news on this device.

Who’s excited for this phone?