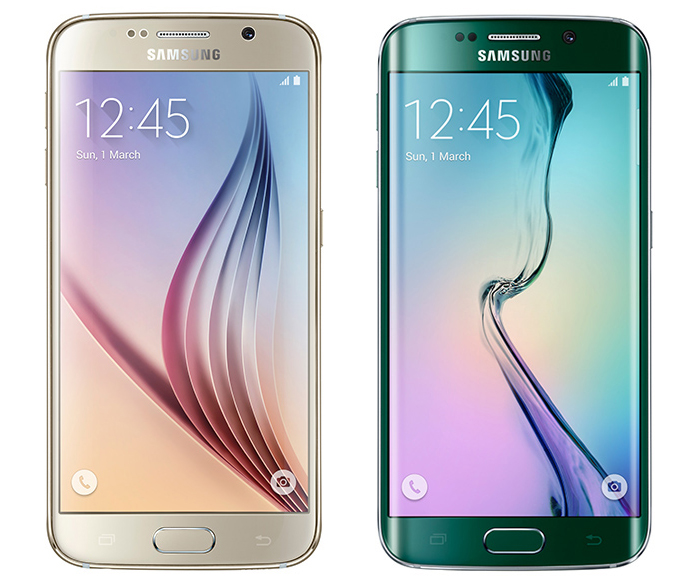 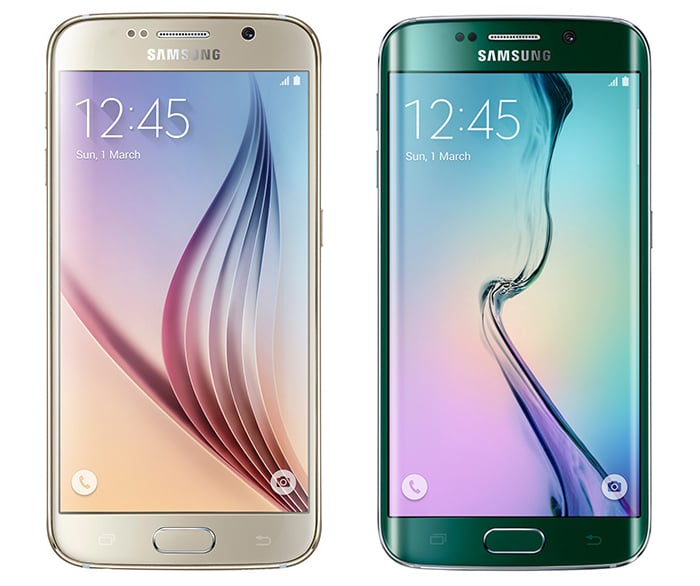 Powered by Android 5.0 Lollipop, the two are designed with a combination of metal and glass with a screen protected by Corning Gorilla Glass 4. The pair feature 5.1-inch Super AMOLED displays at 2560 x 1440 pixel (Quad HD) resolution.

The rear camera is listed at 16-megapixels with image stabilization, auto HDR, and other features and effects. The front-facing camera is 5-megapixels; however, both offer an aperture of f/1.9 which means improved low-light conditions. Other details include CAT6 LTE support, dual-ban Wi-Fi, Bluetooth 4.1, and Samsung’s ultra power-savings mode.

As for the processor, Samsung stayed home this time, employing its own octa-core (4x 2.1GHz,  4×1.5GHz) processor. Additionally, you’ll find 3GB LPDDR4 , UFS 2.0 flash, and a 2600mAH built-in battery. Speaking of which, the two devices come with wireless charging with WPC and PMA standards. Samsung promises 10 minutes of charging can add four hours of usage; going from 0-100% is said to take half the time of the iPhone 6.

Samsung was very big on the fact that there is “no lag” and the devices don’t have a bunch of hard to use features that are tucked away in places people don’t go. Along those lines, the UI is much cleaner and offers far less “Samsung” overlay.

In terms of software, the two come with a handful of Microsoft apps and services (OneDrive with 115GB free storage and OneNote) Toss in some Find My Device and an enhanced KNOX security platform and you’ve got a robust and secure suite.

The Galaxy S6 and Galaxy S6 Edge are equipped with NFC + MST support via Samsung Pay. This enables them to be accepted anywhere someone takes credits cards, NFC, and barcode readers. Your fingerprint is your password and encryption ensures your payment methods are not compromised.

Samsung will begin selling the Galaxy S6 and the Galaxy S6 Edge starting from April 10 with 32GB, 64GB, and 128GB storage capacities. The two will be offered in a handful of colorful “jewel tones”, including White Pearl, Black Sapphire, Gold Platinum, Blue Topaz and Green Emerald.