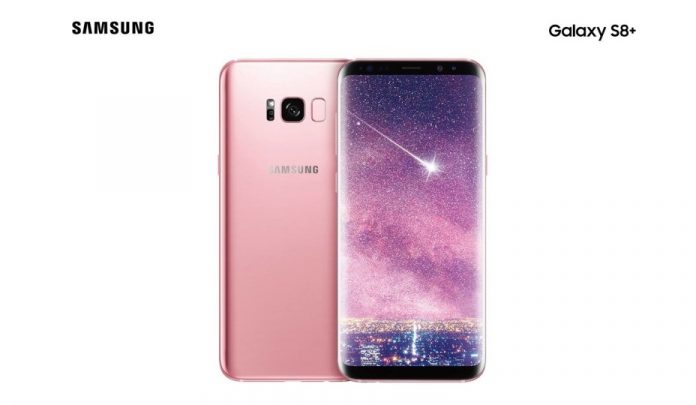 Remember how a while ago we told you to expect some new color variants for the Galaxy S8 and Galaxy S8+. Well, Samsung has just pulled off the wraps a flashy “Rose Pink” version of the Galaxy S8+. But there’s a catch.

The phone, most likely aimed at the female population, will be sold in Taiwan. The phone will reportedly be available for purchase only for a limited period of time.

Samsung has taken a special interest in the Taiwanese market, as it decided to re-brand some of the Galaxy S8’s standard colors – Coral Blue, Maple Gold, and Orchid Grey – into Ice Lake Blue, Smoked Purple Grey and Quicksand Gold.

Unfortunately, the new Rose Pink version is only available for the Galaxy S8+ and not the Galaxy S8. But who knows, if the pink phone sees enough interest, the Korean tech giant might decide in favor of releasing a pink Galaxy S8 model too.

For the time being, we don’t know whether the new model will arrive in other markets including the US, but we certainly hope so. LG recently unveiled the G6+ model which brought a splash of new colors to its current flagship lineup. So it might not be a bad idea for Samsung to do the same.

What do you think of the new Rose Pink Galaxy S8+? Would you buy it?