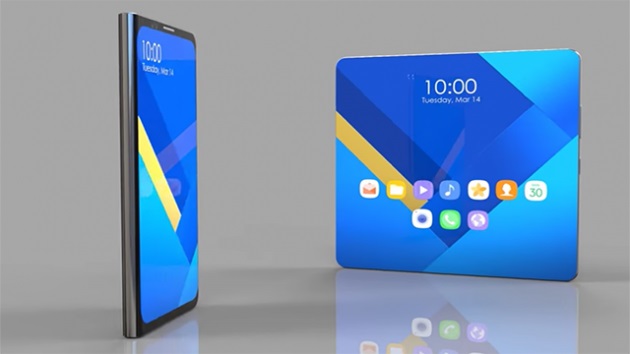 Earlier this month, we told you that a working Samsung foldable smartphone prototype might be ready for primetime as soon as Q3. The Korean tech giant has been working on such a device since forever, but this year we might actually be able to get a taste of it.

A Chinese leakster who is not a stranger to delivering Samsung tips, recently revealed Samsung’s upcoming foldable smartphone dubbed Samsung Galaxy X might arrive in Q3, while the Galaxy Note8 could arrive at a later date in Q4.

Traditionally, the Korean tech giant unveils a new Galaxy Note phablet during IFA trade show in Berlin. But given that this year Samsung skipped MWC 2017 and did not unveil the Galaxy S8 during the event, we expect the Note8 to be launched with an appropriate delay as well.

A recent rumor claimed the Galaxy Note8 will make a debut into the world with a massive 6.4-inch Super AMOLED display to take on the Galaxy S8+’s 6.2-inch one. The screen could feature 4K resolution – a fist for Samsung. We were also told the Note8 will rely on a Snapdragon 835 and will probably take advantage of Bixby, as well.

As for the Samsung Galaxy X – we don’t know much about this device just yet. The prevailing opinion seems to hint at two new phones, the Galaxy X1 and Galaxy X1. Like in the case of the Galaxy S8 and Galaxy S8+ the main difference between them is probably going to be display size.

The tweets by the Chinese leakster are pretty elusive, so we can’t be sure whether the Galaxy X (prototype?) will be officially unveiled in Q3 or whether it will become available for purchase during the period. The same goes for the Galaxy Note8 and Q4.