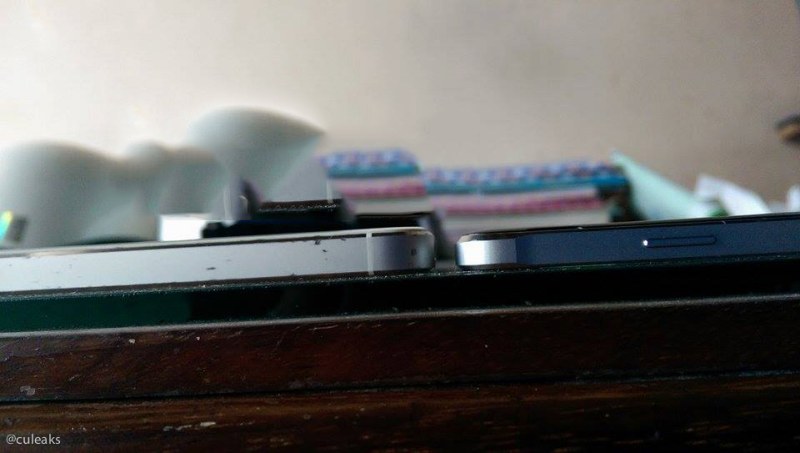 Samsung Galaxy Alpha leaks are extremely persistent. This might indicate that the August 13 will indeed be the device’s release date, as it was rumored. We’ve seen images of the device and alleged specifications from multiple sources, you can check all that out if you follow this link.

New images of the device leaked from @culeaks, a Twitter handle which has none posts thus far and 2 of them even size the alleged Galaxy Alpha device next to the iPhone 5s. If you take a look at the images below you’ll notice that Samsung’s premium offering is reportedly thinner than the iPhone 5s, a device which is extremely thin as it is. iPhone 5s is 7.6mm thin, which would make the Galaxy Alpha even thinner than that, if the images are to be believed though. Chamfered edges are also here which remind us so much of the iPhone’s design as far as the edges are concerned, you can see that for yourself on the images below. Other than that the device looks like a Samsung device, as it should. It actually looks rather similar to the Galaxy S2, as did the last image leaks, which is I guess a good thing.

Other than the images, this leak also brings us alleged specifications which somewhat differ from the ones we’ve seen in previous leaks. Exynos 5 Octa, 2GB of RAM, 4.7″ 720p screen, 12MP camera, 1850mAh battery and an Android 4.4.4 KitKat are all expected to be a part of this device, according to this leak at least.