While it’s been known for awhile the Project J is a Samsung thing, the rumors were that it was the codename for the Galaxy S IV. However, once that name was actually revelaed as Altius, the rumor mill went quiet on project J – until now.

While details are still being thrown around, it appears as though “Project J” may not be just one device, but rather a whole family of three different devices. Initial rumors could lead us to say that the entire lineup may include the Galaxy S IV, Galaxy S IV mini, and a mystery 3rd device. The S IV mini is said to be running under codename Serrano, and is missing the wireless charging ability of it’s big brother.

The actual codename for the 3rd device seems to be Fortius, and looks to be a display device, such as a smartwatch, or something similar. The rumors say that, whatever it is, it comes with a pouch, and armband, and a bike mount – again, just speculation right now. 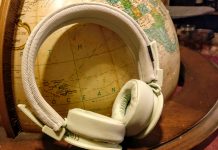