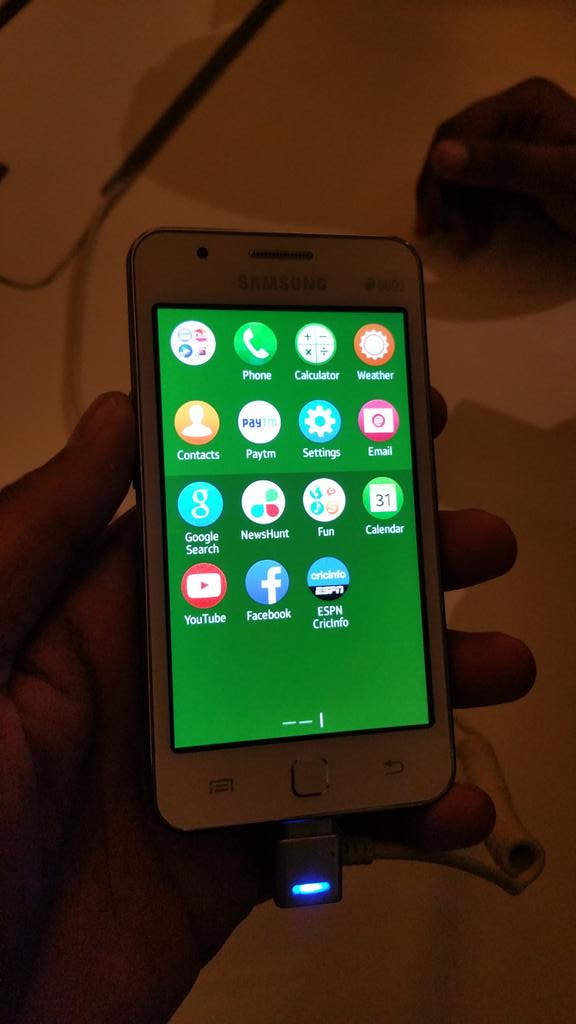 Samsung is going to release its ultra-low budget Tizen-based phone, the Samsung Z1, in January next year, according to the Korea Economic Daily.

Priced less than 100,000 Korean won (about $90), Samsung will be releasing its much-awaited device in India on January 18, an official source revealed. It is likely to go on sale in China in February and Korea in the first half of 2015.

Touted as Samsung Z1, the Tizen OS based smartphone is expected to be Samsung’s answer to a slew of budget devices selling like hotcakes by Xiaomi, Huawei and Micromax. Samsung wants to become a dominant player in the budget phones segment even if it’s not very profitable. Also, the Korean firm is trying to enter the global content domain by promoting Tizen.

The Samsung Z1 is rumored to feature a 4-inch WVGA TFT screen, a 1.2GHz dual-core processor and a 3-megapixel rear-facing primary camera. It will run Tizen 2.3 OS out-of-the-box and house a 1500mAh battery.

Samsung intends to sell the Tizen Phone through its existing sales model, which includes online retailers as well as the existing offline sales network.

Along with the article from the Korea Economic Daily is a tweet from @MAHESHTELECOM showing some pictures of the alleged Samsung Z1. They are the picture above and shown below.