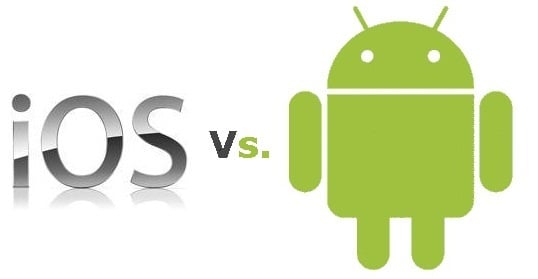 Security on our personal devices has never been a bigger issue. From the NSA, to malware, users have never been more aware of security concerns. Today, we’re going to look to see if there is a better option between Android and iOS. Now, before everyone gets up in arms and calling their fellow fanboys, I want to assure that I’m not going to provide an exact answer. Instead, we’re going to take a look at the discussions, reports, articles, and other various things that provide the data. Discuss what threats are out there, and then how you can best avoid them. Whether iOS or Android is truly better than the other in terms of security will probably never be given an answer. Until it does, we’re hoping we can provide some thoughts and preventative measures you can take.

First and foremost, lets put something to rest: Everyone is at risk. Do not think because you have iOS or Android, and the latest gadget with the latest software that you are invincible. BGR.com ran an article a few months ago that details a report from Marble Security, stating that neither iOS or Android is better than the other. Even outside the OS, all mobile users are at risk of attacks from SMS scams, websites, and Wi-Fi hotspots. Another thing that needs to be addressed is Android fragmentation. There’s no other way to slice it: yes, Android fragmentation causes security problems. We can talk all day about what that is or why that is, but plain and simple it does. This article discusses when Eric Schmidt last year declared Android more secure than iOS. In it there a few good sources (below) discussing this, but one of them is the Android Developer Dashboards. This shows the current numbers on Android fragmentation, and while things have certainly gotten better, they’re still not great. Schmidt points out that only ” a very tiny percentage of malicious apps can penetrate the latest, most security-hardened version of Android.” The problem here is at the time of this writing, 24.5% of Android devices have the latest software. See the issue? Along with fragmentation, number of devices needs to be considered. IDC.com shows a report that as of Q2 of 2014, almost 85% of the smartphone market is dominated by Android, followed by 11.7% is iOS. So it follows that because a large majority of smartphones runs Android, that is the most targeted platform. The good news is with the release of Android L, it seems that encryption will be turned on out of the box, leading to an overall safer experience on Android.

Now just because Android is targeted more and overall is more vulnerable, doesn’t mean iOS isn’t. Although clearly biased, ZDNet.com has an article that discusses an experiment done by a team from Georgia Tech last year, showing that they were able to publish an app that bypasses Apple’s thorough app screening, and yet was capable of taking control of another device when the app was downloaded. We also all recall the recent leak of celebrity photos from iCloud, and this past February it was discovered iOS had a huge security flaw. Sorry iPhone lovers, iOS isn’t perfect.

Along with OSes as a whole, a large player in the mobile security world is where you get your apps. Translation, the App Store and the Play Store. Those who prefer iOS always claim victory here, as without a doubt Apple has a much more thorough screening process of their apps. But as I just pointed out, it’s not perfect. Google’s Play Store has gotten much better, especially since it changed from the “Android Market” to the “Play Store.” Every year at Google I/O, it seems they announce new plans for a safer Play Store, and they’re constantly taking steps to make it better, providing tools for developers to make better apps. Who knows, it may not be long before we can’t see a difference between the two app stores.

Now that we’ve gotten through all of that, how do we avoid all of this? The best answer is to be prepared. For starters, download Apple’s Find My iPhone app for iOS, and download Google’s Android Device Manager for Android. While not security apps per se, if your device is ever compromised by a virus, you can completely wipe your phone remotely from these apps. Let’s try to avoid even that, though.

iPhone users will need to Google some good security apps for iOS, as being an Android site we will provide Android apps (that and I don’t have an iPhone). A quick search in the Play Store for “security” will give you many results, along with many options, of apps to choose from. One thing you may want to consider is what software company you have security on your computer from, as your registration could lead to some free mobile software as well. After that, I highly recommend Clean Master Phone Boost. Not only does it do regular maintenance and scans of apps, but it scans every app you download for any security concerns, as well as the capability to scan websites as you browse to keep you safe from malicious websites. It all comes down to your choice and preference here, but please find one and download it.

Another precaution you need to take is making sure your apps are always up to date. In the Play Store, you can go to Settings > Auto-update apps, and select one of those options to make sure you’re always up to date. Also, be sure you’re on the latest software for your device. If you’re not sure what you need to be on, do a quick Google search or contact your mobile carrier for info on your specific device. The only other thing to suggest is to upgrade your phone. If you still have an iPhone 3GS, or the original Samsung Galaxy S phone,  or any other phone not running iOS 8 or Android 4.4, it’s time to spend a little money and get a new phone. If money is a concern, it’s very much worth looking at the new Moto G, or the even cheaper Moto E, both praised for their functionality despite their price tags. My mom and brother have the first gen Moto G, and they both love them.

Security is a big concern these days, as it should be. But there’s no need to lose sleep about it, as long as you take the proper precautions. So, what’s better: Android, or iOS? I’d argue that when you consider all the factors, one isn’t necessarily better than the other. Disagree? Give me your thoughts below. 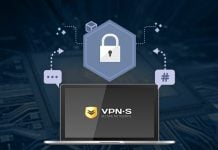 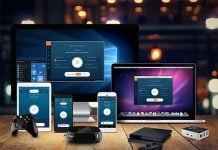