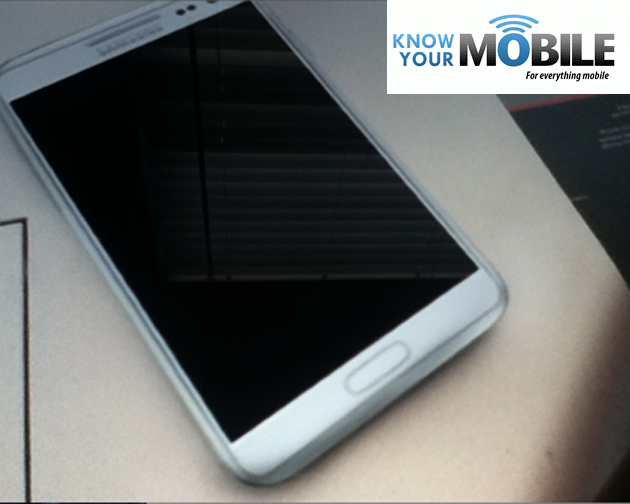 A picture of a seemingly legitimate Samsung Galaxy Note II has surfaced online which looks to have the same design cues as the recently announced Galaxy Note 10.1.

The source of the image was not able to confirm any of the details other than the fact that it does have a 5.5-inch display.  Samsung is expected to announce the gigantic phone at its pre-IFA 2012 event on August 29. so we’ll put all this stuff to rest soon enough.  We can’t take many more mockups and leaked stuff.

What do you think about this phone? Let us know in the comments below. In my opinion it is too big for my hands…. I would much rather the HTC One X or GSIII!