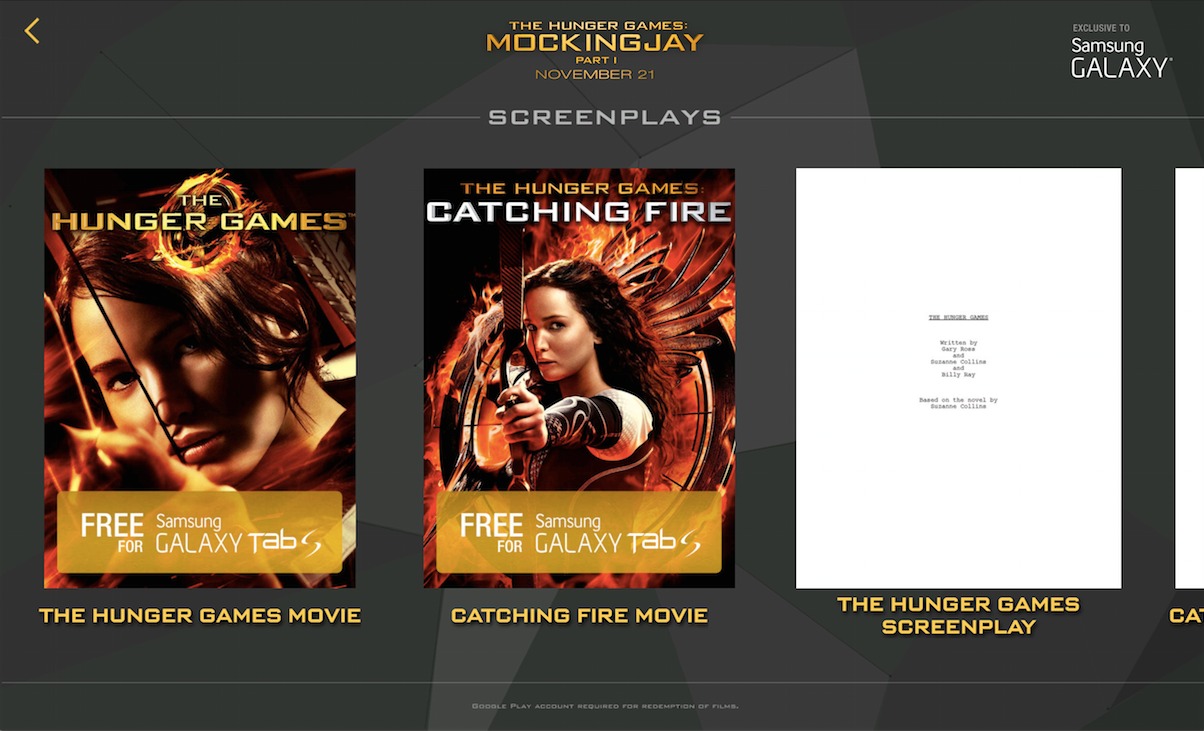 If you are an owner of a Samsung Galaxy device, and you’re also a fan of The Hunger Games movie and book series, then you will love Samsung’s and Lionsgate’s new app. As some of you know, owners of the Galaxy Tab S, Galaxy Note Pro, Galaxy Tab Pro, Galaxy Note 3, and the Galaxy S4 and S5 often get exclusive access to content, including excerpts from books, video clips, and even scripts.

It’s worth noting that Galaxy Tab S owners even get to download the first two Hunger Games movies for free from the Google Play store ($14.99 each); other Galaxy users can also access exclusive material.  New content will be released up until the premiere of Mockingjay, on November 21, 2014. Samsung continues to differentiate itself from other premium device manufacturers by offering free and exclusive content to its users with this app just like it has done with the Milk music and Lebron James apps.

Galaxy Tab S users will want to download your copies of the first two Hunger Games as soon as possible. There is a limit of 200,000 downloads per movie and the offer expires on December 31, 2014.