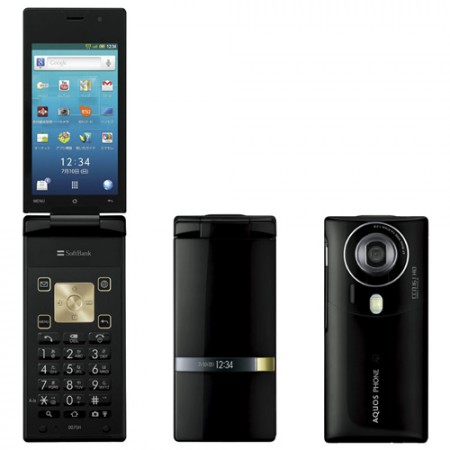 An interesting announcement from Sharp today, as they have launched the worlds first Android powered clamshell flip phone.  Introducing the Sharp Aquos Hybrid 007sh, an Android 2.3 device with a 3.4 inch flippable touch screen.  It has some impressive specs under the hood, including a 16 megapixel camera!The specs for the 007h are as follows:

The phone is being released in Japan first, but Sharp has plans for a world wide release sometime in the future.  This is a pretty beefy handset spec wise, the 3D ready display and TV tuner is an interesting addition as well.  More news on this as it is released.