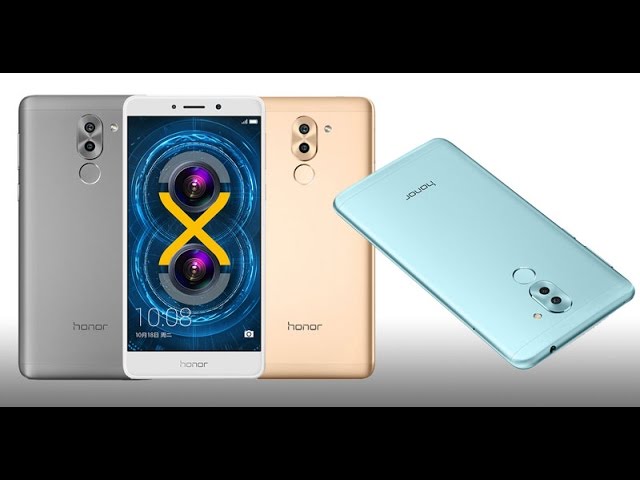 Most of you probably know Huawei as the out-of-left-field manufacturer that brought us the most perfect smartphone ever to grace the surface of the Earth (slight hyperbole), the Nexus 6P. The fact of the matter, though, is that the Chinese manufacturer has been making quality, affordable smartphones for a number of years now, and the 6P was simply its first break into the mainstream market.

Huawei’s Honor line is something of a flagship killer in that it provides a solid list of specs, decent features, and a premium feel while keeping the price exceedingly low. While the specifications don’t approach those of modern flagships, or even true flagship killers like the OnePlus 3 or 3T, the value of these phones for the price Huawei is charging is pretty impressive. What follows is a bit of a breakdown of the differences between last year’s Honor 5X and this year’s 6X.

This little blurb doesn’t even really need to be here, if I’m being honest with you – the two phones are damned near identical in dimension and weight (the 5X is a whoppin’ four grams lighter). Both have metal frames and standard glass screens. Solid – if unspectacular – build quality.

Are we…certain that Huawei didn’t just color in the bottom half of a 5 to turn it into a 6? Both phones have a 5.5″ IPS LCD screen at 1080p resolution, which, again, is solid – but unspectacular.

Finally, a change! In a curious move, Huawei has gone away from industry paragon Snapdragon in favor of HiSilicon’s Kirin for its processor in the Honor 6X, though it clocks in at quite a bit higher than the venerable Snapdragon 616. At 3GB of RAM, the Honor 6X is close to the same level of snappy you’d find on a Nexus 6P, while the Honor 5X is closer to the Nexus 5X (hmmm, weird). Regardless, this definitely screams of “incremental upgrade.” If those internal storage capacities seem low by today’s standard, fret not – both are expendable via Micro-SD slot.

…And we’re back to being very, very similar. Standard features, here. Fingerprint sensor, Bluetooth 4.1 (for reference, the Nexus 6P has 4.2), and WiFi standard 802.11n (which is last generation – the most modern standard in use is 802.11ac) are both standard on both Honor models.

This is a rare instance where you see a successor’s camera actually measure in at less megapixels than its predecessor. However, that doesn’t mean it’s an inferior camera. With twos separate lenses with difference fields of view, the Honor 6X can capture more natural-looking photos than can the 5X. With a better resolution of selfie-cam, Snappers and Skypers alike should rejoice in the superiority of the Honor 6X.

The truth of the matter is that both of these phones are pretty solid for the price at which they can be obtained. The 5X is competitive with Moto’s G4 at a comparable pricepoint, and the 6X is on-par with the Nexus 6P for quite a bit cheaper. At these prices, it more comes down to how powerful of a phone you need than it does the price. If you currently have an Honor 5X, chances are it’s starting to looking a little gray around the temple – and the 6X is a worthy successor.