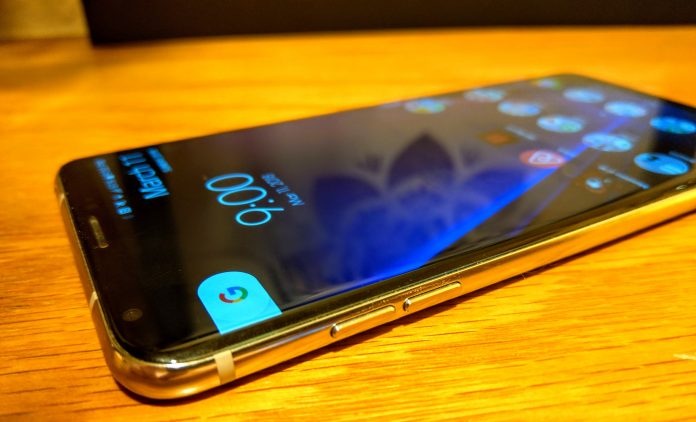 Like glass, when it comes to smartphone displays there are a couple different categories: LCD and OLED. Within these two categories are different sub-types, each with its own strengths, weaknesses, and cost profile. The list of display types below is by no means an exhaustive one, but should serve to clarify the differences between the main types.

LCD, or Liquid Crystal Display, is perhaps the most common type of display on the market. While OLEDs screens dominate the flagship market (Apple even put one on the iPhone X), LCDs can be found on pretty much any mid-tier phone. There are two primary types of LCDs: TFT and IPS.

Thin Film Transistor, or TFT, are the cheapest LCDs on the market. This type of LCD is constructed so that each pixel on the display is attached to both a capacitor and a transistor. The strengths of TFT displays include a high contrast ratio and a low cost of production, resulting in a lower cost phone. However, TFT displays also suffer from a narrow viewing angle, poor visibility in direct light, and high power consumption. You’ll most typically see these displays in lower-end, entry-level phones due to their low cost.

In-Place Switching, or IPS, displays are currently the best LCDs on the market. They feature consistent color and wide viewing angle, even in direct light, when compared to TFT displays. However, they are more expensive to produce, and as such, you’ll typically see them on Mid-level phones and above. Apple uses a high-resolution version of IPS LCDs it dubbed Retina, which means the human eye cannot discern the individual pixels on the screen. Whatever Apple calls it, though, it’s still an IPS LCD.

Super LCD is a proprietary LCD technology pioneered by the S-LCD Corporation. Generally speaking, SLCD is used in HTC phones, though some other OEMs have included it on their phones as well. SLCD differs from IPS LCD in that there is no gap between the outer glass and the touch sensor. This results in a “closer” feel and less lens glare when compared to IPS technology.

In the early days of touch displays, there were two kinds of LCDs – Resistive and Capacitive. Resistive was the first kind of touch-screen LCD, relying on pressing two layers of glass together to detect touch points. Capacitive LCDs, however, rely on the interruption of a screen’s electrostatic field by the human finger to detect touch. Resistive LCDs have largely fallen out of favor with OEMs, who now use thinner, more responsive Capacitive LCDs.

Light-Emitting Diodes have been around for quite some time. We’ve been making displays out of them for about a decade, and in that time the technology spawned a number of advancements and subtypes, which are now being used to create smartphone displays. Organic Light-Emitting Diodes use a layer of carbon-based organic material set between an anode and a cathode (these are conducting sheets) set again between two layers of glass. Electricity runs into the two conducting sheets, lighting the carbon sheet and illuminating the display.

While most modern OLEDs on smartphones are AMOLED, Apple included an OLED display on its iPhone X that it’s calling a Super-Retina HD display.

Also called MLED or µLED, MicroLED is a new technology that we may see in the future for smartphones. Called such because each pixel is attached to its own LED – and as such is self-illuminating, with no need for a backlight, MicroLEDs are potentially the next evolution in LED display technology. Ars Technica recently reported that Apple may be considering MicroLEDs for future iPhone iterations, which speaks to its potential as a display. While this technology is a few years away from maturation at the earliest, it’s a potentially exciting evolution indeed.

Active-Matrix Organic Light-Emitting Diode (Yeah, the acronym is getting pretty ridiculous) is the current iteration of OLED technology most used in phones. The signature characteristic, perhaps, of this display is its ability to “turn off” pixels to display true Black. This means display modes like Moto’s Active Display and LG’s Always-On Display – in which most of the screen is off but notifications are displayed in white – literally turn off the display, and only turn on the pixels needed to display those notifications. This allows us to save power while also allowing information at-a-glance.

These screens have excellent color vibrancy, lighter weight, strong battery life, and higher brightness when compared to LCD screens. While AMOLED screens are often receive criticism for having oversaturated colors, that is, perhaps the only true weakness of the technology.

Super AMOLED displays are proprietary Samsung technology. The Korean company licenses it to other OEMs for use on their smartphones in addition to its own phones (like the Galaxy S9). This AMOLED display improves on the capacitive touchscreen technology mentioned above. Super AMOLED screens build the touch-sensitive sensors onto the display itself rather than a separate layer, as in Capacitive screens. As such, it’s the thinnest display on the market – and coveted in a market where thinness is a commodity.