After seven months of development and a bit of beta testing, SnipSnap today announced that the Android version of its coupon application has arrived. If you’ve not heard of the app (formerly iOS only), it aims to help eliminate the clutter and forgetfulness that comes with physical coupons.

How does it work?

Short and sweet, you snap photos of the coupons you find in newspapers, mailers, and magazines. SnipSnap will convert the text, barcodes, and images into a mobile-optimized offer which can be redeemed at your local stores. Don’t have any coupons to get going? Head to the Discover screen and see what your friends and family members are snipping and saving.

Once you get to the store, SnipSnap will advise you that there are coupons which can be used. Even better, the app can let you know if there’s an upcoming expiration date to worry about. To redeem the coupons, simply show your handset to the cashier where they can easily scan them. According to SnipSnap, the average active users save 40 bucks a week.

SnipSnap has a number of features that made the trip over from iOS, including store success rates, expiration dates, following friends, and in-store reminders. Looking ahead, the developers promise some Android-only features that should include  widgets, barcode beaming, and Google+. 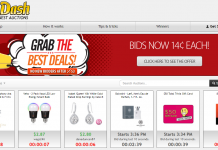 APPTEASERS: 15 Android games and apps you should know about (March 14)