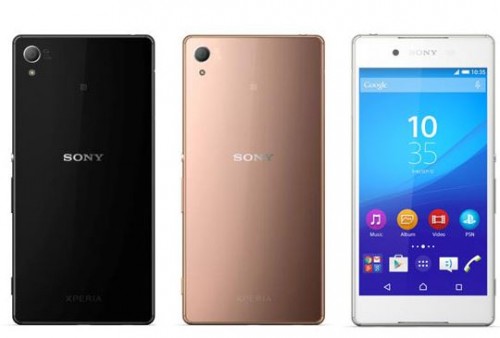 Putting an end to the whole leaking business that had spiralled around the upcoming Xperia Z4, Sony Mobiles has finally announced its latest flagship device in a press release. Featuring a 5.2-inch display with 1080p resolution, a 64-bit octa-core Snapdragon 810 processor and 3GB of RAM, the Sony Xperia Z4 will be launched in Japan within a couple of months.

The new Z series model is packed with impressive specifications including 32GB native storage expandable up to 128GB via a microSD card, Android 5.0 Lollipop out-of-the-box, a duo of a 20.7-megapixel rear camera and a 5.1-megapixel wide angle selfie snapper and 2,930 mAh battery back-up.

One of the biggest USP of the device is its metal body that doesn’t add to the bulk as the Xperia Z4 is only 6.9mm thin and weighs around 144 grams, which is 8 grams less than its predecessor. According to the press release, the metal frame has been treated to look more glossy.

Available in White, Black, Aqua Green and Copper, the the smartphone will come with IP5, IP6, and IP8 certification that means it will be more dust and water-proof than previous Z series handsets. According to Sony, the Xperia Z4 can be submerged in to water up to 4.92 feet depth without being harmed.

Some dedicated accessories that will come with the phone include a waterproof Cover Window that will show important information on the screen while still protecting the handset and a desktop holder that will dock the phone and recharge it.