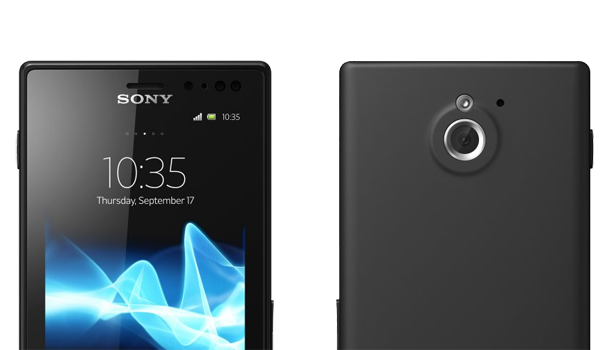 Sony today announced their next Android smartphone, the Xperia Sola, a 3.7-inch slab of sexy headed for international markets over the second quarter of this year.  Formerly known by its code name of ‘Pepper‘, the Android 2.3 handset features a 1GHz dual-core processor, NFC, Sony Bravia engine, and Video and Music Unlimited service.  If you’re turned off by the lack of Ice Cream Sandwich, you’ll be happy to learn that it’s due in the summer months.

Speaking specifically about the screen, Sony calls the technology behind the Reality Display “floating touch”.  What does it do?  Oh, nothing really… other than it’s able to recognize when a finger is hover above! This will be helpful in web browsing as it allows one to use their finger in a cursor-like capacity.  We can imagine that, once given to developers, that this could make for engaging games and applications.

Making its smartphone debut exclusively on Xperia sola, Sony’s unique floating touch lets consumers navigate the web by hovering their finger above the screen so it acts like a moving cursor, without actually having to touch the screen.  Once the desired link is found it can be highlighted and a simple tap will load the page.  Floating touch will evolve with new user functionality and applications through software updates and engagement with developers. 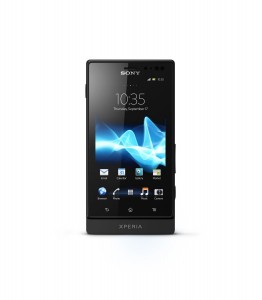 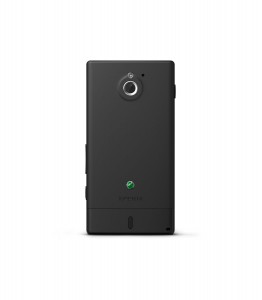 The guys over at AndroidNext.de were able to spend some time with the Xperia Sola and were too kind to share their impressions.

13 March, London, United Kingdom – Sony Mobile Communications today announced Xperia™ sola* as the latest addition to its portfolio of Android powered Xperia smartphones.  Complete with Sony technology, premium entertainment and innovative floating touch™ navigation, the NFC enabled Xperia sola comes equipped with Xperia SmartTags, allowing consumers to change their smartphone’s settings and applications to fit their lifestyle in an instant. Xperia sola will be available to consumers globally in black, white and red in the second quarter.
A floating touch of magic
Making its smartphone debut exclusively on Xperia sola, Sony’s unique floating touch lets consumers navigate the web by hovering their finger above the screen so it acts like a moving curser, without actually having to touch the screen.  Once the desired link is found it can be highlighted and a simple tap will load the page.  Floating touch will evolve with new user functionality and applications through software updates and engagement with developers.
Calum MacDougall, Head of Xperia Marketing for Sony Mobile Communications, commented; “Xperia sola comes with the power of Sony and a sense of magic with floating touch, giving consumers a fun new way to browse the web and latest technology to show off.  With Xperia SmartTags out of the box and access to the latest content through Sony Entertainment Network, Xperia sola is perfect for consumers looking for ease of use and the best in entertainment in a smart and innovative smartphone.”
Simplify the everyday with SmartTags
Xperia sola is NFC enabled and comes with two NFC Xperia SmartTags in the box as standard to simplify consumers’ everyday smartphone experiences.  By touching an NFC Android smartphone on a SmartTag, a pre-configured profile in the smartphone will launch.  The two SmartTags included with Xperia sola can be personalized with up to 10 commands.  Out of the box they are ready for the living room to turn on Wi-Fi™ and launches Google™ news and weather apps, or for the bedroom, which turns on the alarm and switches to silent mode.  Xperia sola supports NFC pairing, allowing consumers to enjoy great connectivity with other NFC smartphones, applications and services by tapping their smartphones together.
Powerful entertainment anytime, anywhere
Xperia sola boasts razor sharp clarity with Reality Display powered by Mobile BRAVIA® Engine, xLOUD™ and 3D surround sound audio technology delivering crisp and loud sound, and a 1GHz dual-core processor for super fast performance.  Xperia sola also comes with fast capture to take the camera from sleep to snap in a little over a second with a single key press.
Consumers can also access premium entertainment experiences with Sony Entertainment Network**, where they can watch the latest Hollywood blockbusters on Video Unlimited or listen to millions of songs*** through Music Unlimited.
Key features for Xperia sola
Note: Select outbound links may include affiliate tracking codes and AndroidGuys may receive compensation for purchases. Read our policy. As an Amazon Associate we earn from qualifying purchases.