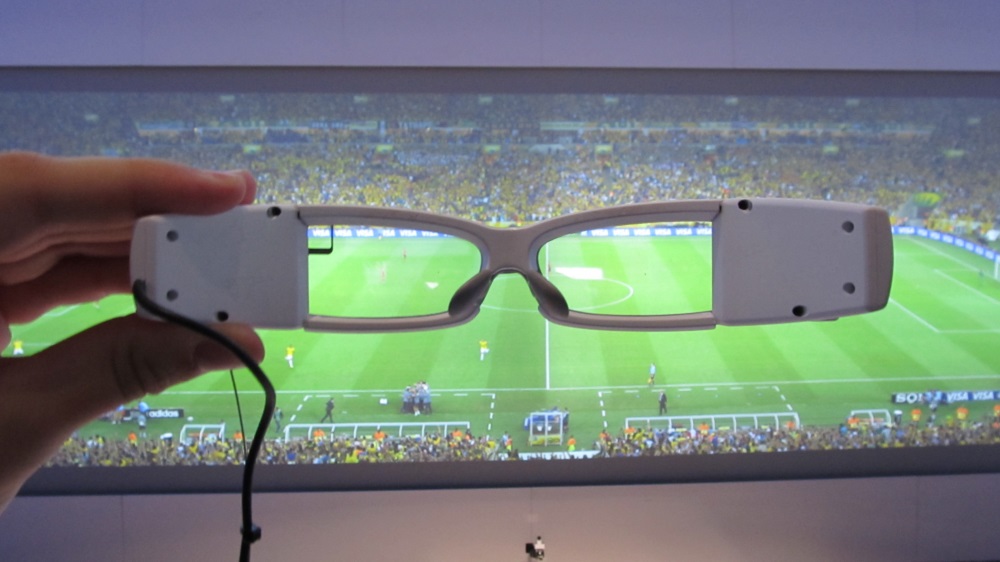 Fresh off the stage at MWC having shown off their range of new Xperia devices, Sony have revealed their new SmartEyeglass concept. In what only can be seen as a response to Google Glass, Sony has elaborated on their concept that was originally shown off at CES 2014.

Imagine that you walk into an airport and instantly get directions to your check-in desk, or that you get scores and names of players displayed while watching a football game in real life.

The concept works pretty similarly to Google Glass, in that notifications are sent to you right in front of your eyes. There is also, however, a wired hand-held controller that can be used to navigate the user interface and control the camera. Sony’s SmartEyeglass also features something they are calling Binocular see-through eyewear display which presents information at a distant from your eyes in normal view.

Here are the tech specs and main features of the SmartEyeglass:

And of course, a video of the concept in action.