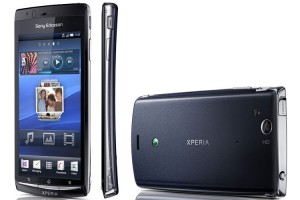 The Sony Ericsson Xperia Arc was officially announced back at MWC as a spiritual successor to the Xperia X10. The Arc is an amazing device, with a curved design, 1GHz Scorpion processor, and Gingerbread. It’s available in Asian and European countries on contract, as well as on pay-as-you-go plans. After hearing whispers here and there, it looks like SE is finally getting ready to launch their flagship device in the States, as they officially announced that the device will be hitting the U.S. in August.

It will go for $600 retail, but we haven’t heard anything about what carrier(s) it may land on. The press release kept the radio of the device hush-hush, but as it’s a GSM device, it will likely run on AT&T and/or T-Mobile.

No official word on an exact release date, but we’ll keep our eyes open for any news. You can check out the press release after the break for more information.

So, are you looking forward to the Xperia Arc hitting the U.S.? Waiting for the better-equipped Xperia Duo? Sound off in the comments below!

ATLANTA, July 27, 2011 /PRNewswire/ — Sony Ericsson today announced that the super-slim, stunningly designed Xperia™ arc will be available starting August at Sony Retail stores and store.sony.com for $599.99. It will also be available on Amazon.com, Newegg.com, and Buy.com.  Please check with individual retailers for pricing and availability. The Xperia™ arc runs on the latest Android 2.3 platform and will feature the best of Sony technology, making this device one of the most powerful multimedia smartphones on the market.

“At Sony Ericsson, we strive to bring consumers the best in mobile entertainment in superior smartphone design,” said Peter Farmer, Head of Marketing for North America, Sony Ericsson. “The Xperia™ arc certainly delivers an entertaining smartphone experience and breathtaking design that has generated rave reviews in other markets and we’re thrilled to make it available to U.S. customers.”

The Sony Ericsson Xperia™ arc combines the best of Android and Sony into one beautiful and easy-to-use device. Offering top of its class Sony technology with the Reality Display with Mobile BRAVIA Engine, the Xperia™ arc delivers exceptional visual brilliance and a crystal clear image, which enhances the overall entertainment experience. This smartphone also features Sony’s award-winning Exmor R™ for mobile sensor with its 8.1 megapixel camera, enabling high quality bright pictures and HD videos even in low light. All pictures and videos can easily be shared in HD on your living room TV via the built in HDMI-connector.

The Xperia™ arc’s eye-catching curvature design allows it to fit perfectly in the user’s hand. The smartphone is just 8.7 mm at its thinnest part and has an extra wide 4.2-inch multi-touch screen.