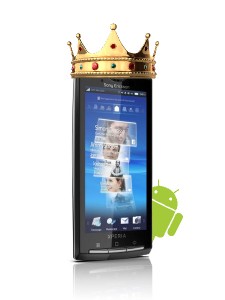 There’s an article up on CNNMoney today that talks of an interview conducted with press spokesman Gustaf Brusewitz.Â  The piece is about Sony Ericsson and their hopes to return to profitability with Android.Â  The biggest thing to catch our eye was mention of the Xperia X10’s price.Â

The new high-end smartphone, which will cost around 6,000 Swedish kronor ($ 879) in stores, will be available in the first quarter 2010 in a number of markets including Sweden.. .adding that more phones in the same product family will follow in the first half of next year.

It will be a tough battle to fight with a price tag that high.Â  Sony Ericsson even acknowledges some of the hurdles they will be facing, pointing at some might perceive the phone as outdated when it arrives.Â  The Xperia X10 is based on Android 1.6 while Motorola started shipping 2.0 on its Droid handset.Â  Further, they are coming to market after the year-end rush brought on by many carriers and handset makers.

Do you guys think a high end portfolio is what Sony Ericsson needs or should they cater to lower level consumers?Â  Would you be willing to shell out nearyl $900 for a phone?