We’ve been waiting a long time for Sony Ericsson to give the goods on their first Android-based handset and today they delivered.Â  The phone is called XPERIA X10 and it’s stunning any way you look at it.Â  Looking for a sleek, sophisticated handset with curves?Â  Done.Â  What if your a spec-hound and want a powerful device in your pocket?Â  Done.

The XPERIA X10 comes with a 4-inch capacitive display, a 1GHz Snapdragon processor, an 8.1 mega-pixel camera, and a user interface known as UX.Â  Previously known as “Rachael” the UI is unlike anything we’ve seen on Android so far.Â  Well, almost.Â  One of SE’s features in an app called Timescape which aggregates all your messages.Â  These messages include SMS, MMS, email, twitter, Facebook, and missed calls.Â  It is possible to filter through all of these by event types as shown in the video below.

Mediascape is similar to Timescape except that it works for your photos and music.Â  It shows users what is available on the device or online suggests music based on what’s being listened to.Â  It can also recommend tracks it thinks you might like from conversations with riends.Â  Face recognition is also built into the phone, automatically tagging and recognizing your friends after you set it up.

Engadget was able to spend some time playing with the phone and the fellas were kind enough to put together a gallery.Â  We’ve grabbed a few of the pics to share below. 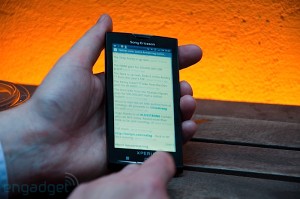 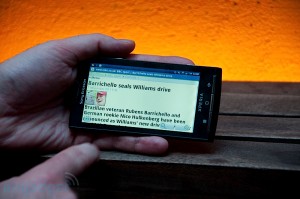 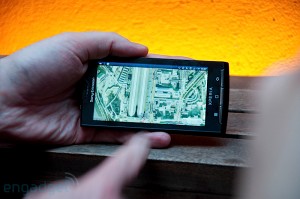 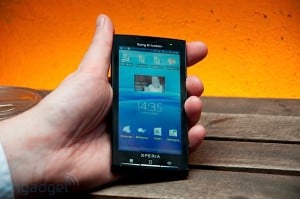