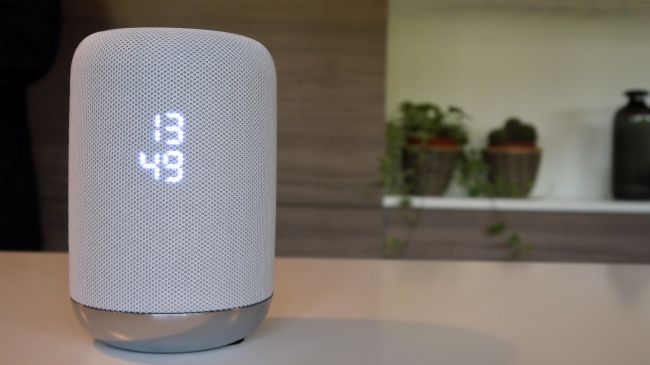 Sony has taken a leap into the connected speaker market with the LF-S50G and has turned to Google Assistant for some help making it smart.

Think of the speaker as a Google Home with better audio. Sony’s speaker has a 360-degree speaker array, a downward woofer, and an upward tweeter encased in a splash-proof case. It does have the same number of microphones as Google Home, so expect the voice recognition to be on par with the Google counterpart. Obviously having Google Assistant baked in means it benefits from all the smart integration features Google Home would offer.

The top of the Sony speaker also supports gesture controls – A rotation of a finger clockwise over the top of the speaker will increase volume and moving in the other direction reduces it. You can also use the gesture control to skip forward and back between tracks.

Sony says the new LF-S50G will go on sale starting in mid-October for the retail price of $199 (around £150, AU$250). That’s about $70 more than the Google Home so it will be down to personal preference if the better audio quality is worth the added cost. In a market that is largely dominated by Google, Apple, and Amazon, is there really room for Sony to make a dent? It certainly is positioning the speaker in the right place focusing on sound quality to differentiate against the competitors, but might be a little bit pricey for most.