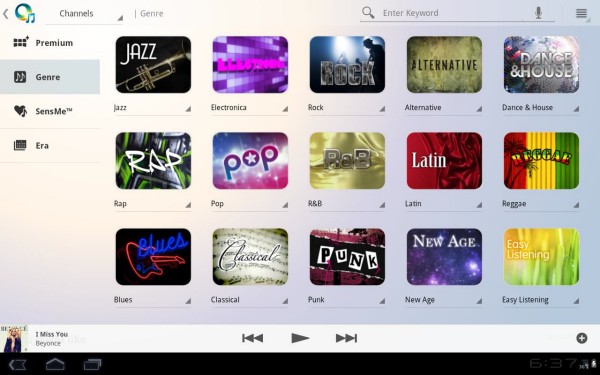 Sony Tablet S owners rejoice! After being gifted the Playstation Store last week, you can now enjoy music using Sony’s Spotify competitor: Sony Music Unlimited. The major difference between these two services is that you’ve got to pay for Music Unlimited. Don’t worry, pricing is pretty reasonable, $4 per month for the basic plan and $10 for the premium service. You can’t upload your own tracks like you can with Google Music but don’t worry, there’s over 10 million songs in Sony’s library which should do just fine.

Other Honeycomb tablets are supported as well, with the full list and press release available below:

“As one of the largest digital entertainment services, Sony Entertainment Network aims to bring new ways for consumers to enjoy digital music and video,” said Tim Schaaff, President, Sony Network Entertainment. “The launch of the Music Unlimited service on Sony Tablet marks one of our many significant steps to satisfying the mobile demands of our current consumers while opening up our cloud-based music service to completely new audiences.”

How to buy Spotify plays and streams that are real

Spotify is working on local music playback for Android