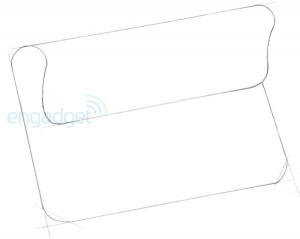 For the all the great stuff to come out of the Sony Ericsson camp these last few weeks, one thing we’ve yet to hear about is a tablet.  And since they’ve turned things around in terms of Android smart phones, we’d expect they will use the platform for tablets too.  According to Engadget, that’s exactly what they’re doing.  Two of their highly trusted and independent sources have confirmed the existence of a 9.4-inch, Android 3.0 tablet called the “S1”.

The team heading up this Honeycomb tablet is the VAIO gang but will likely launch without said branding.  They are said to be working on a custom-designed UI for the device where the focus is 100% Qriocity (Sony’s music, games, videos, ebooks).  Other rumored details include the preloading of Sony’s Playstation One games, a Bravia Media Remote, and PlayStation integration.  Engadget suggests that the tablet will come with Playstation Suite certification and we’re inclined to agree.

The image you see associated with this post is the mockup for the tablet.  As one Sony source puts it, it’s “beautiful, the best thing” they had ever seen from the company.  The design is supposed to mimic a magazine with the first few pages turned back or the cover of a book folded over on itself.  This is said to lend itself to a more comfortable experience over time as 10-inch tablets tend to get cumbersome with one hand.  Don’t think it sounds comfy?  Grab a magazine and fold it back.  Imagine holding that with one hand over time.  Not so bad, is it?

In terms of hardware, the S1 is said to feature a 1280×800 resolution on the 9.4-inch screen and get its juice from a Tegra 2 processor.  There are front-facing and rear cameras, an IR port, and a USB-A drive for plugging in thumb drives and external media.  The  few physical buttons (volume, power) are located on the edges of each indented side.   While the exact materials used to build the device are not confirmed, it is being reported that it feels “very premium”.  The finish is a high-gloss black that “sits flush with the display and continues in one unobstructed sweep to the back of the tablet where a subtle dot matrix texture is applied to enhance the grip”. Sounds sexy, no?

A WiFi version of the S1 is expected in September with a $599 price tag although its launch has already changed (for the worse) a couple of times.