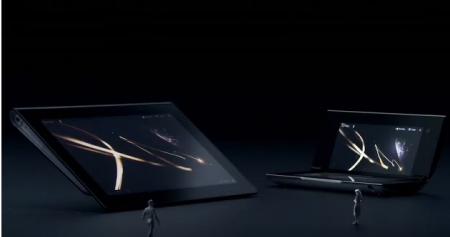 Sony may not have even have names for their upcoming tablets, but that won’t stop them from flipping the “on” switch for their hype machine.  The company has released the first of five planned videos for the “Sony Tablet” and it’s almost all tease.  We don’t get to see much of these tablets in the two minute clip aside from some glimpses in dark light, at angles that leave us begging for more.  I guess that’s exactly what Sony wants out of us, right?

So what do we learn?  Well, the one tablet is lighter than a magazine and resembles the shape of a magazine with a few pages folded back.  Of course, we knew that second part already but it’s nice to see how it “looks”.  We also get to see how it looks in hand, based on the robot-like fingers holding it from the top.

For us, the jury is still out on the folding (S2) tablet.  It’s going to to be tough to “sell” us on the dual-screen aspect, especially if we have to work with apps written for two, separate displays.  Thus far, the handset market has not gone crazy over two screens.  We can’t see too many developers going crazy, wanting to spend additional time on apps.

UPDATE: We actually found a Prologue video as well.  Surprisingly, this 30-second spot shows more of the tablets than the longer video. 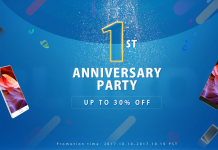