Sony Mobile has just let us in on a new Xperia phone coming our way soon.  It’s just a tease, so not much was said.  But we know that its camera abilities are in focus. 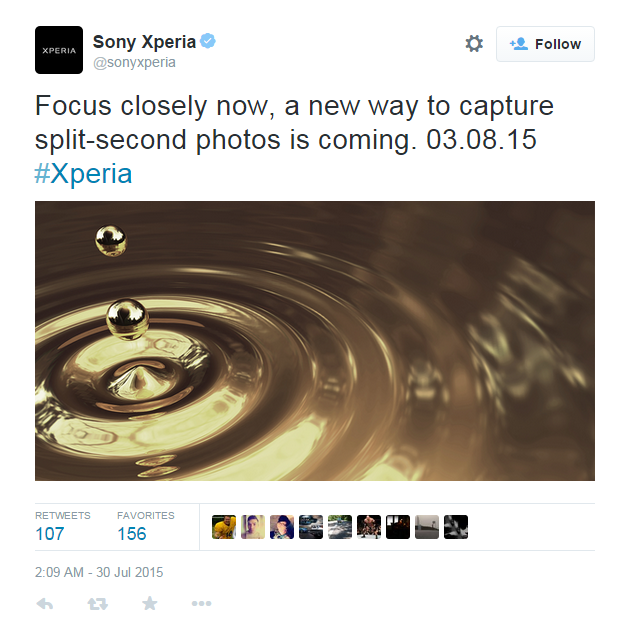 Lately, we’ve been seeing manufacturers ramp up autofocusing speed in their smartphone cameras, using either phase detection or laser autofocus methods.  Last year, Sony revealed that they managed to squeeze their 192-point phase detection focusing technology into a mobile Exmor RS sensor.  It was assumed that the Xperia Z4 would have arrived touting it, but now Aug. 3rd appears to be the day.

What’s also interesting is the timeframe of this announcement.  This robust camera technology seems fit for an Xperia flagship.  However, Sony typically launches their Fall flapship at IFA in September.  Could Sony be following Samsung’s lead to move their launch up to avoid butting heads with Apple?

Either way, we’re always excited for new smartphone camera development.  Sony’s new sensor is said to be 21 megapixels and capable of 4K recording at 30fps (with HDR support at this resolution).

Assuming this phone comes stateside, are you excited to see another contender for the top smartphone camera spot?