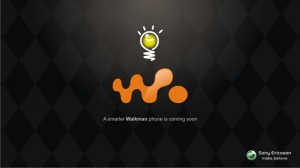 Some of our readers may recall hearing last June that Sony was prepping a “Yendo” Walkman, which looked to blend the iconic media player with Android.  At the time, specs were rather average at Android 1.6, a 5-megapixel camera, and a 2.6-inch display.  Nearly eight months later, we don’t have a Walkman device to speak of.  Sony looks to be getting the ball rolling again as word of a new ad has landed online.  A teaser ad, of sorts, the company promising that a “smarter Walkman Phone is coming”.

If Sony puts the same effort into a Walkman phone that they have used for their 2011 devices, we’ll be very happy.  We don’t have a name yet, nor do we have specs, launch, or additional details.  Essentially, we know it’s coming and that’s it.  Given the recent rumors surrounding their tablets and digital convergence plans, we would not be surprised to see a device that meshes Bravia technology with Qriocity content and more, all while operating under the Walkman umbrella.

Are we the first to suggest Xperia Walk?