The announcement of the Xperia Z5 and Z5 Compact is rapidly approaching.  Sony typically launches their new flagship duo at IFA in Berlin (beginning of September).  As promotional materials are ramped up, it often happens that they slip through the cracks and into the sight of leakers.

That’s exactly what we have today, regarding the little brother flagship.  Courtesy of tech site Techtastic.nl, the Xperia Z5 Compact was caught sight of in the following promo image. 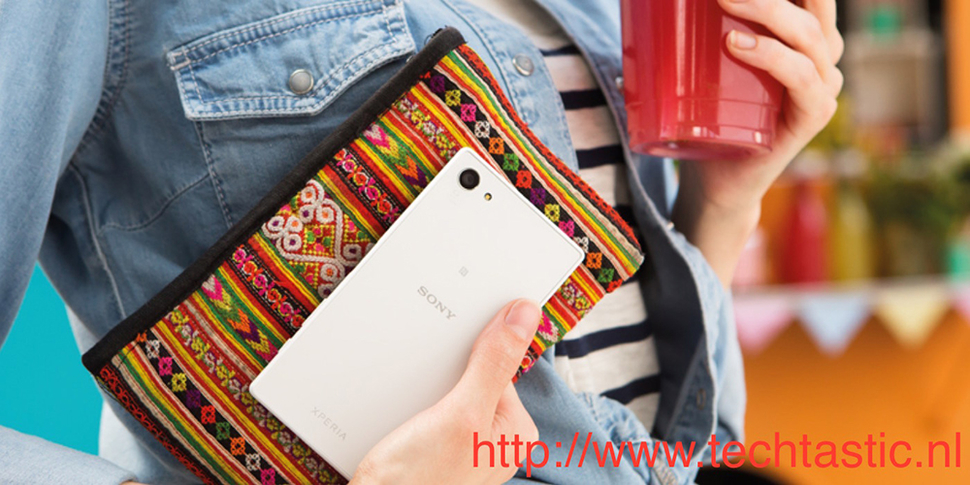 Now, I know this doesn’t look like much (and how an Xperia phone should look), but we can make note of a couple details.

Firstly, the side button placement.  We can tell that there is a shorter and longer button paired on the bottom-right of the phone.  Per the leak we’ve seen previously, this is more evidence that Sony is going with an odd placement for the volume buttons (if that’s what the longer button in fact is).

The shorter button is the expected return of the physical camera shutter button.  We also don’t see a power button.  Again, this is in line with the previous leak, which showed a flush power button (supposedly because it will double-up as the fingerprint scanner).

Lastly, the LED flash placement matches previous Compact models, to the right of the camera module.  The larger brother typically has the flash under the camera.

This isn’t much for now, but hang tight.  It isn’t too much longer until we know the full scoop.  We don’t really know what the specs will be.  Sony is allegedly sizing up the Z5, so it could be the same story for the Z5 Compact (the previous model had a 4.7″ screen and 720p resolution).  It was also tipped that Sony may be using the Snapdragon 810 again, and the new ExmorRS sensor.