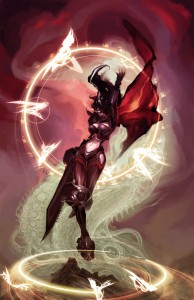 Spacetime Studios, the team behind the very popular MMO game Pocket Legends, is back with what looks like another winner.  This time around, users will find themselves in the 41st century, in the midst of a battle between the “the ruthless Scorn, a race endowed with arcane powers granted by alien gods; the Riven, necro-cyborg beings allied with the Scorn; the futuristic humans of the United Colonies Defense Force, and their robotic allies known as the Mode.”  If this sounds like it has the makings of more than one title that’s because you’re probably right.  Spacetime Studios says right in their press release that this has enough content to go beyond one title.

Features for Blackstar include:

Look for Blackstar to land in the Android Market at some point in the second quarter (Q2 ’11).  In the meanwhile, be sure to check out the Blackstar blog for details, pre-production and concept art, as well as the latest news. 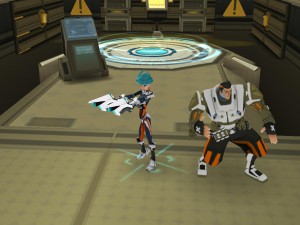