When we reported on AppBrain’s claim that 6,000 spam apps from three developers had disappeared from the Market, we naturally wanted to confirm whether Google had in fact removed them, or if the developers had done so themselves. We haven’t heard anything from Google, but one of the developers let us know how he was feeling about the situation. As you’ll see, he is not exactly contrite.

The gentleman who contacted us did not give his name, but represents So Wallpaper, a developer whose entire slate of 1,500 apps was removed this week. One thing’s for sure: he didn’t willingly take them down.

“I can’t believe it. Our other good apps were also removed.” Acknowledging, I guess, that most of them were bad. (I should note that English is clearly not this guy’s first language. I’ve taken the liberty of editing his remarks into standard English.)

So, why did he publish so many apps? “We didn’t want to have to do that. But the Android Market doesn’t have many people who like to pay for apps. So how is a developer to live? Just off of ad revenue?”

And then he dropped some fascinating information, along with a threat. “We have many developer accounts, such as avgirl.inc, rosa, honggang.li, and gogopwz. Each of them also has many apps.” I checked, and these four developer accounts are all still active in the market, accounting together for more than 1,000 apps, most of them adult in nature. “We will still flood the Android Market until it provides a better profit environment. We will fire in the end! We welcome other developers to join with us.”

My guess is that none of the developers that read AndroidGuys are interested in joining So Wallpaper in this endeavor, but let us know in the comments.

While there’s an argument to be made that Google unilaterally removing these apps is a step down a slippery slope to Apple-like control, I am perfectly fine with them doing some thorough cleaning of this sort. If it means that the overall number of apps stops rising or even falls, so be it. I’ll take quality over quantity, signal over noise. 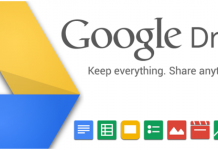