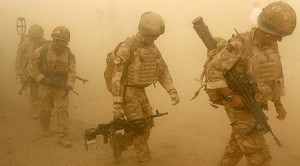 The U.S. Military has spent several billion dollars and over 20 years to develop hardware and software communications for our troops. With the recent advancement of  smartphones the U.S. Military sees the opportunity to cut costs and speed development.

Here comes the Android OS in conjunction with custom designed apps to save the day.

Special Operations Command, aka SOCOM asked Android developers for some Android applications to keep commandos linked up while on missions. Some of the features desired include chat functions, file transfers (audio,video,images), video display and “white boarding” to assist on missions. SOCOM calls the App division”Tactical Situational Awareness Application Suite”, or TactSA, and it must also work in low-connectivity areas. Do I hear Global Phone? 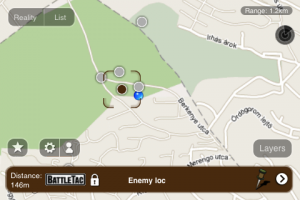 and software, SOCOM being a bit more resourceful (as they must in the field) they use off the shelf devices along with some custom designed apps. Doing this would cut down on the time it would take for hardware development and production to reach the troops.

Why choose Android-run devices? Because Android keeps its source code open unlike Microsoft,Apple and most other software manufactures. Special operators aka “coders” can modify software applications in the field. Giving the soldiers valuable time and tools to respond or communicate effectively in a war setting.

The new line of Android smartphones are now sporting 1Gz+ processors and are capable of many things. The Military sees an opportunity to speed development and cut costs in one foul swoop. ANDROID….it just does.

See more pictures below for a simulation of what the government has to work with. 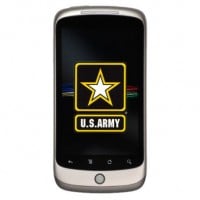 Already released Android App “RATS” for the U.S. ARMY. Defense contractor Raytheon designed the Raytheon Android Tactical System, or RATS  for the Military. RATS picks up aerial images from unmanned aircrafts or satellites and can focus on the smallest details such as license plates on cars or a person’s facial features.

Raytheon said RATS could also let military personnel interact as “buddies” and allow them to track the locations of other members of their squad, as well as help them identify potential enemies.

The Military seeing the future of Android hopes to produce a handful of soldier-developed apps for smartphones in the future. Adopting an already growing mobile operating system lessens the time our military needs for development of a working product. Giving our troops the best equipment and software faster to get the job done. So the future Miltary will be utilizing the Android OS.

Amazed of what you have seen so far? Imagine what you haven’t. The Military is not so open sourced. With an abundance of great apps already for “civilian” use, the Armed Forces have a huge lead in development just in “modding” already useful apps. The future Military has the funds, they have the man power and now they have Android.

*Battle Tac is a web app that layers over the market app “Layar” takes time to set up, users need to sign up on the BattleTac site you also need multiple users for this to function effectively. Due to lack of another device I was unable to fully test the application. Still looks pretty awesome! Anybody use this for paintball? Post comments below.

Props to Chris San Miguel for tip about SOCOM/Android.