Music streaming giant, Spotify, announced on Monday that it would begin delivering curated videos and podcasts to its customers. The videos will come from major entertainment companies like ESPN, BBC, Vice, Maker Studios, and Comedy Central.

Less than 10% of Spotify’s current users, in four test markets, have had access to video for the past several months. Now, the Swedish music provider will branch out to a larger audience. Android users will see this new video feature roll out this week in the United States, Germany, the U.K. and Sweden.

The videos that beta testers have been able to view have generally been small clips from shows like Jimmy Kimmel Live and The Daily Show, but partners like Tastemade are coming on board with music themed series designed specifically to air on Spotify.

This is certainly a long term play for Spotify. Studies have shown that younger generations, those who would care about these kinds of features, are increasingly looking for content on their schedules. Spotify integrating video delivery into its service gives users another option of where to go to get all of the entertainment they want, instead of using multiple services and possibly paying multiple subscription fees.

What can’t be overlooked here is the partnership with ESPN. If Spotify can strike a deal to stream live sports with ESPN, something that may be very difficult, but possible in the future, this could be a viable option for cord-cutters and those who never bothered with a cord. Many of those who would like to cut the cord only stay for live sports.

Recently, a study came out that found a staggering 56% of subscribers would drop ESPN if it meant saving $8 a month on cable. This deal could be a way to help Spotify attract cord-cutting users while giving ESPN another revenue source.

The other component that Spotify launched is Podcast support. Spotify would appear to be taking on services like Google Play Music who recently announced that it would begin to support podcasts (although we haven’t seen that feature launched yet) This is another feature that Spotify has beaten Google to the market with, most notably Playlists.

This should definitely make content delivery services like Hulu, Netflix, YouTube, Pandora, and Google Play Music take notice. All of these companies have massive amounts of users, but as we’ve seen in the past, people are willing to change services if they think they’re going to get more content elsewhere.

For the time being, Spotify will launch its video service ad-free, much like YouTube Red. It’s important to understand the difference between the two services. Spotify is paying its content partners like ABC, Conde Nast Entertainment, and Adult Swim to license and curate content. YouTube is more a delivery vessel (letting users choose what to watch) instead of Spotify’s method of offering up content based on a user’s music selection.

What do you think about Spotify’s new move? Are these new features enough to make you move from your current streaming service? Let us know down in the comments what you think. 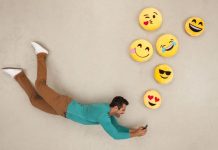