While they might not have the same footprint as some of the other players, Sprint’s 4G LTE network is growing pretty quickly.  To that end, the carrier has been bolstering its lineup of 4G LTE -ready devices.  So well in fact, that they have officially announced 1 million 4G LTE devices have already been sold.  You can see in the image below that Sprint has quite a few Android-powered products among the list, including the forthcoming Galaxy Note II. 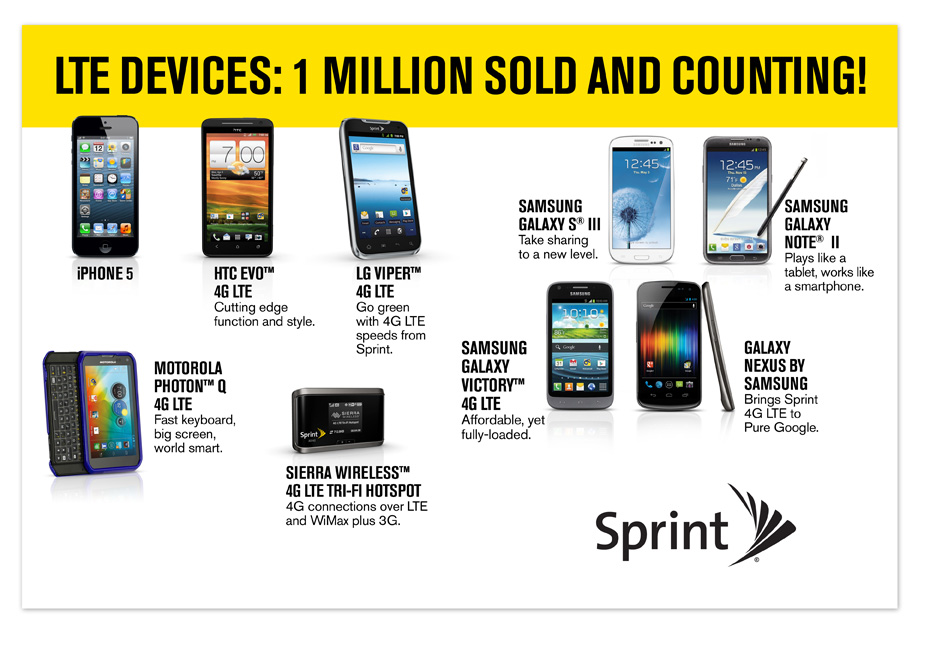