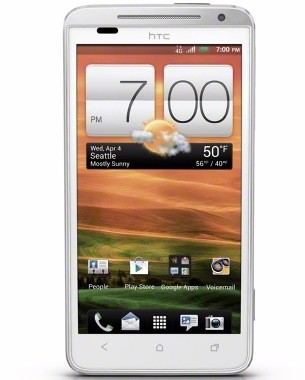 In April, HTC and Sprint officially unveiled their next powerhouse smartphone known as the HTC EVO 4G LTE. It was made available in Sprint’s store during the first week of June, and overall it’s a very decent device. Now Sprint has officially announced a white version of the HTC EVO 4G LTE, which is surprisingly more sexier than the black variant.

Sprint is planning to launch it on July 15 and it will cost the same as the black version, only $199 with a 2-yr contract. Except the white colour, everything else is same like Android 4.0 Ice Cream Sandwich along with Sense UI 4.0, a 4.7 inch Super LCD screen with 1280 x 720 pixels, 1.5GHz dual-core Qualcomm Snapdragon S4 processor, 1GB of RAM, 8MP rear camera with ImageSense technology, 1.3MP front-facing camera and 16GB of internal memory with MicroSD card.

Are you planning to grab the white variant or you already got the black one? Tell us what you think in the comment box below.