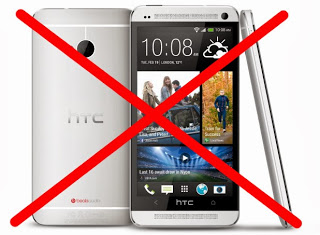 Sprint MVO PrepaYd Wireless sent out a notification to it’s customers that they will no longer be able to activate:

The message reads as follows:

“We regret to inform you that neither we nor any other Sprint MVNO can activate the Samsung Galaxy S4, HTC One, or any of the newer iconic Sprint Devices with Sprint’s Bring Your Own Device Program as of November 15, 2013.

Many of these Devices have been activating since February 2013 due to an error by Sprint on blacklisting new models and since the program is new, there has not been a well-documented list of non-approved models provided to PrepaYd.

Since thousands of these devices have been approved and activated, we assumed they were eligible for BYOD by Sprint.

As these models are less than one year old, Sprint’s opinion is they should all be under contract with Sprint still which is why Sprint is blacklisting them from PrepaYd Wireless and all other Sprint MVNO for Activations.

We recommend you activate these models on Page Plus, Next G or any other CDMA Carrier until we have approval to activate these Devices on PrepaYd Wireless. We appreciate your loyalty and hope to have a more competitive BYOD offering for you in the near future.”

As far as devices on the blacklist, PrepaYd says that “You can activate between now and then (15th) and the devices will stay on PrepaYd as long as they’re not swapped, or deactivated from the accounts.” In other words, if you’re looking to get one of these devices, you’d better do it today.