Sprint on Wednesday announced that it has partnered with Hulu on a deal which will give its subscribers. Starting from November 17, both new and existing customers can sign for the streaming service at no cost.

The deal, which resembles what T-Mobile has done with Netflix, gives Sprint subscribers free access to the basic monthly plan. Hulu offers three rate plans: $8/mo. for streaming with limited commercials, $12/mo. for commercial-free, and the $40 option with live TV. 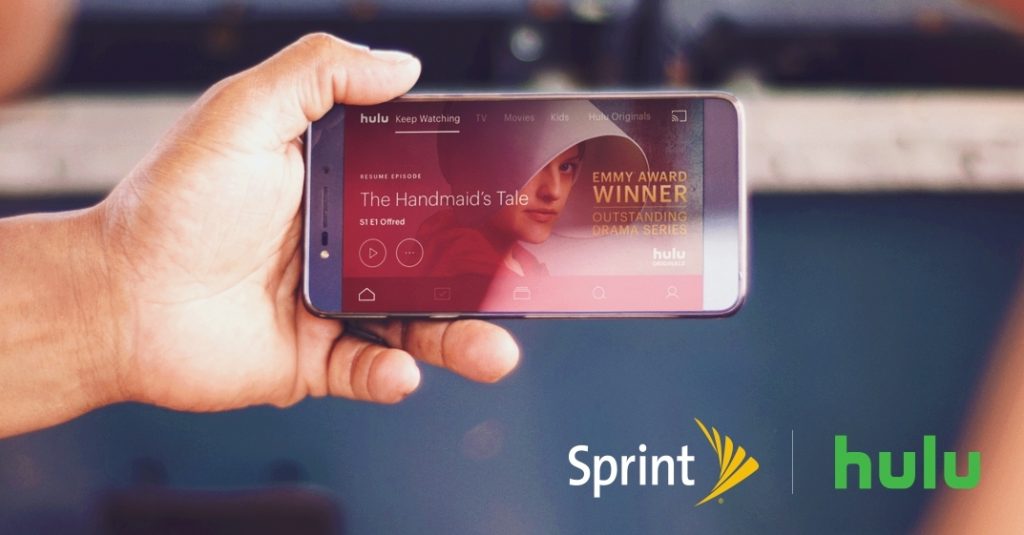 Looking ahead, Sprint plans to introduce another option which incorporates sports and news-centric live TV but it stopped shy of pricing and details. Once rolled out, it figures to include “sports networks and live games from major pro and college leagues, including the NFL, NCAA football, MLB, NBA and European Premier League soccer”.

The Hulu deal is available to Sprint customers who sign up for the carrier’s Unlimited Freedom rate plan. Currently, Sprint is offering up to five lines of service for $100 per month.