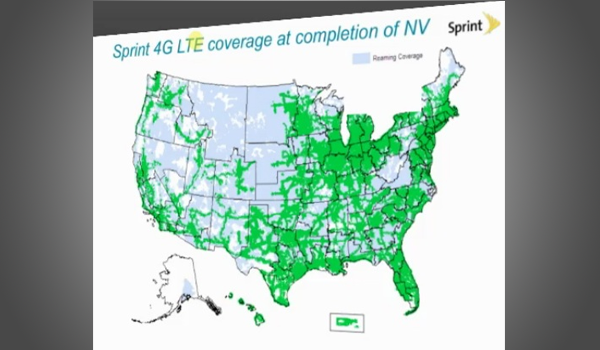 Sprint is completely done with releasing WiMAX 4G devices and is ready to move on to 4G LTE, according to new details hitting the wires today.  Speaking at Competitive Carriers Global Expo today, Sprint’s Bob Azzi confirmed that they would be solely focusing on LTE for future smartphones and tablets.

We learned earlier in the year that Sprint would be releasing more than one dozen 4G LTE products in 2012, including handsets, tablets, and data cards.  It was anticipated that at least some of the carrier’s products would include support for WiMAX however that’s all but officially put to rest.

As to where exactly Sprint will be deploying their LTE network over the next few months and years has not been fleshed out in a public light.  The carrier has announced a handful of select markets slated to pick up LTE but we don’t know where things will be in the long term.  A newly-leaked image hitting the internet today tells where Sprint hopes to be by the end of 2014 when everything is in place.  Looking at the picture we see plenty of coverage along the eastern half of the country, mixed with Sprint 4G LTE and roaming agreements across the western half.

Sprint has an event scheduled one week from today so we’re hoping the carrier gives some new details as it pertains to the 4G LTE plans.  Considering the EVO One is rumored to be a 4G LTE handset it stands to reason that Dan Hesse will chat up the new Now Network.