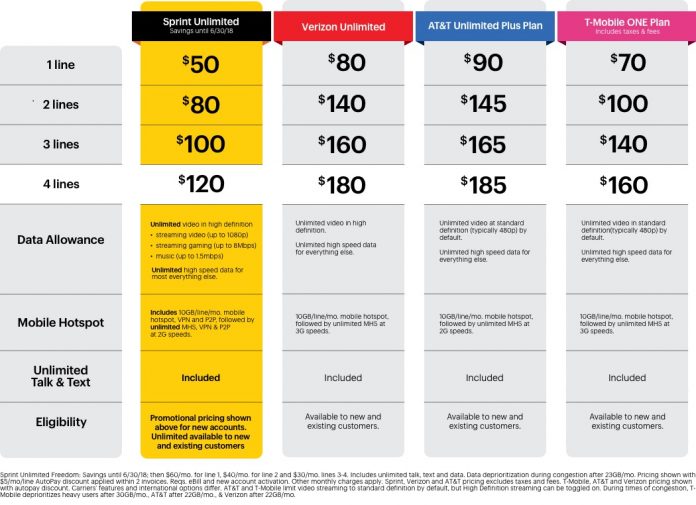 As anticipated, Sprint announced this week it will be ending its long-running Switch to Sprint and save 50% on Verizon, AT&T or T-Mobile rates. The carrier also introduced an adjusted version of its original Unlimited Freedom plan, which will be available all the way through mid-2018. New customers should be able to take advantage of the offer between April 7 (today) and June 30, 2018. 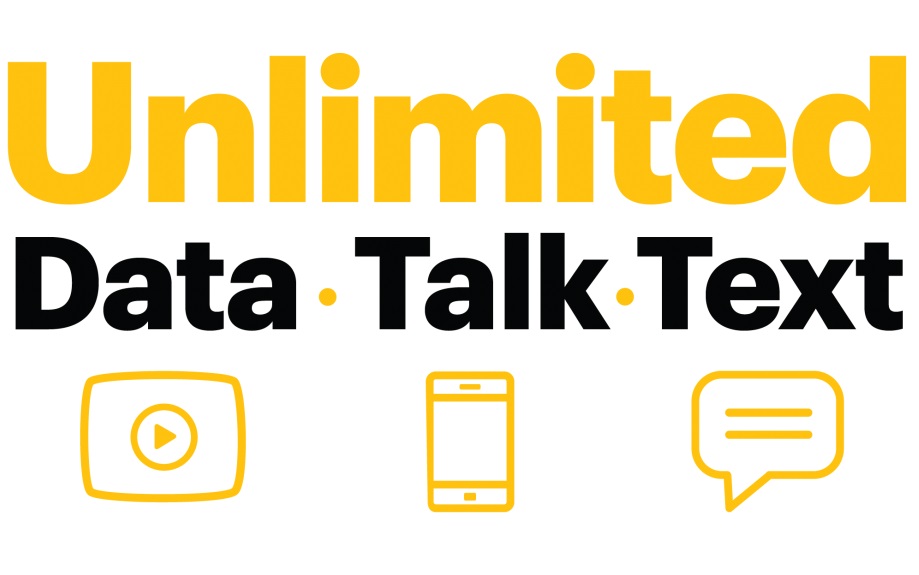 What does Sprint’s new Unlimited Freedom plan offer? Well interested parties can get the first line for $50, which is definitely cheaper than what the other three carriers are offering. Adding a second line will bump the bill up to $80 ($20 less than what T-Mobile is offering), and with lines three and four are onboard, customers will need to pay $100 or $120 respectively. The bundle includes HD-quality video streaming and 10GB of tethering. As you can see, from the table attached this article, Sprint’s adjusted plan still remains the cheapest.

The carrier says customers can jump onboard with the Unlimited Freedom plan until June 2018. After which the pricing scheme changes a little bit, as you’ll need to pay $60/month for the first line, $40 for a second and $30 for line three and four. Which in total – amount for $160 for four lines. Which is still cheaper than what other carriers are offering.

Recently AT&T also updated its Unlimited Plus data plan to include free HBO. The unlimited plans war rages on!