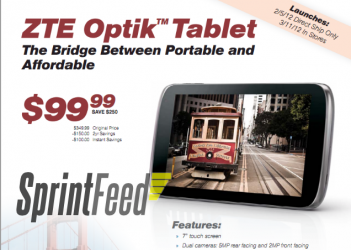 Well this is quite interesting. We heard earlier that Sprint’s Evo View 4G is reaching the end of life, which begs the question of what Sprint will do to stay in the tablet market. The guys at Sprint Feed have once again got some juicy news on this subject, and they say that ZTE is launching their own tablet on February 5th online, and is scheduled to hit retail stores on March 11th. Unfortunately, the Optik isn’t one to wow Android users, with a 7-inch display, 1.2GHz dual-core processor, 1GB of RAM, 16GB of internal storage, a 5MP rear camera, 2MP front-facing shooter, a 4,000 mAh battery, and stereo speakers. 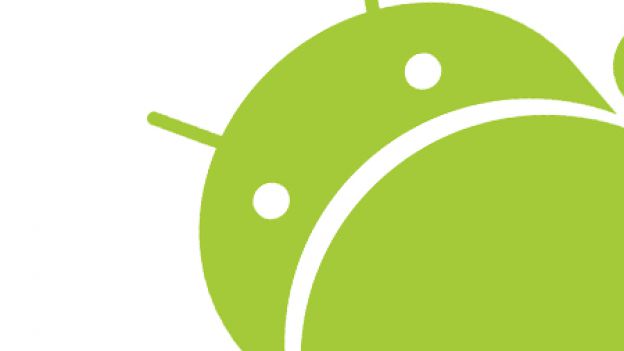 It’s interesting that a 4G radio seems to be missing from the device, meaning it’ll only support 3G. It does have the capability to become a mobile hotspot for up to five devices, but some may argue that such a feature is pointless with 3G speeds. We’ll let you be the judge on that one.

The Optik will reportedly run users $99 with a new 2-year contract, which is a good deal for a dual-core powered tablet. No word on how much the device will cost off contract, but we don’t expect it to be more than  a few hundred dollars. More on this as it develops.

So what do you think? Is Sprint making a mistake by leaving 4G out of the Optik? Are you planning to grab one when it’s released? Let us know in the comments below!