Today, Sprint has yet another strategy to try to win consumers’ hearts.  Their goal this time is to boast their unlimited capabilities, together with the offer of simplicity in their plan comprehension, in a campaign called All-In.

The understanding of how the All-In plan works is pretty easy, on the surface at least.  With a flat rate of $80/month, you get your phone and unlimited service (talk, text, and data).  Sprint also still covers the fee associated with breaking up with your current carrier to switch over. 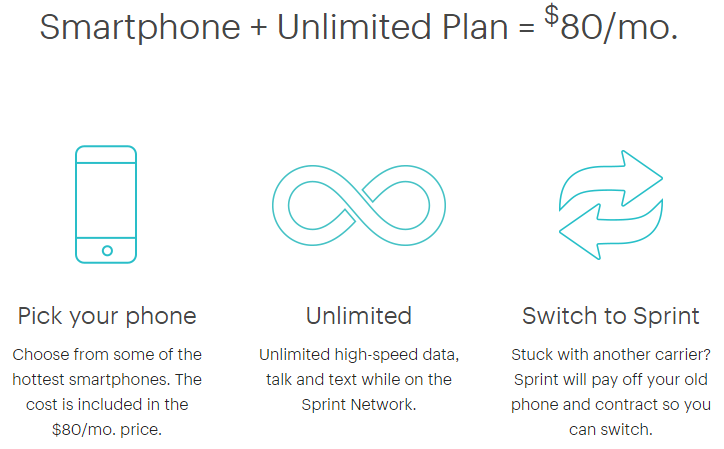 However, the deal is not exempt from restrictive fine print.  There are some significant details to be aware of:

To kick-off the new campaign, Sprint has teamed up with David Beckham to promote it.  Amusingly, they think All-In has enough fight to bash the other wireless carriers over their complicated offerings.

It’s funny how quickly Mr. Beckham is to choose Sprint, without going into the details of the plan.  I’m not sure consumers will find it that easy when they walk into a Sprint store.

Strangely, the All-In offer is not permanent.  The plan will run until 8/6/2015.  Are you enticed about Sprint’s new strategy, or are you not quite convinced?

Update: It appears that the 3G video streaming limitation did not slip through unnoticeably.  There must have been quite of bit of consumer backlash, as Sprint was quick to respond and right the wrong.

[blockquote author=”Sprint CEO Marcelo Claure”]We heard you loud and clear, and we are removing the 600 kbps limitation on streaming video.[/blockquote]

While I give Sprint some props for listening to customers and mending the problem quickly, I have to question such a decision making its way through in the first place.  One thing is for certain, the struggling carrier could’ve done without this rain on their parade.