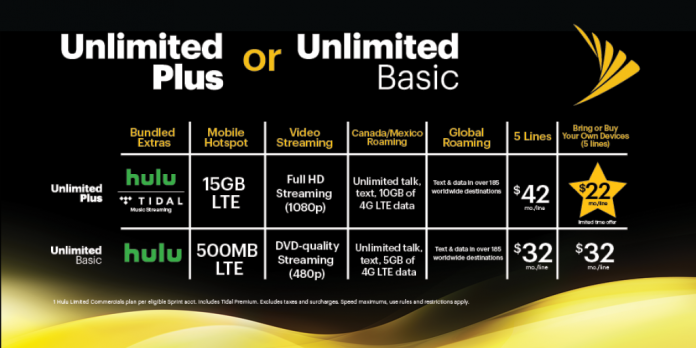 While awaiting the merger with T-Mobile, Sprint this week took the opportunity to unveil two new unlimited data plans, which will replace its single Sprint Unlimited Freedom plan.

The nation’s fourth-largest wireless provider is basically splitting its current unlimited data plan into two new plans with different data allotments and restrictions. Interestingly enough, both are still referred to as “unlimited”.

What’s the difference: Sprint Unlimited Basic vs Unlimited Plus

The first plan called Unlimited Basic is actually a watered-down version of the carrier’s soon-to-be-extinct Unlimited Freedom plan. Pricing remains the same at $60, but the new plan cuts LTE hot spot data from 10GB to only 500MB. 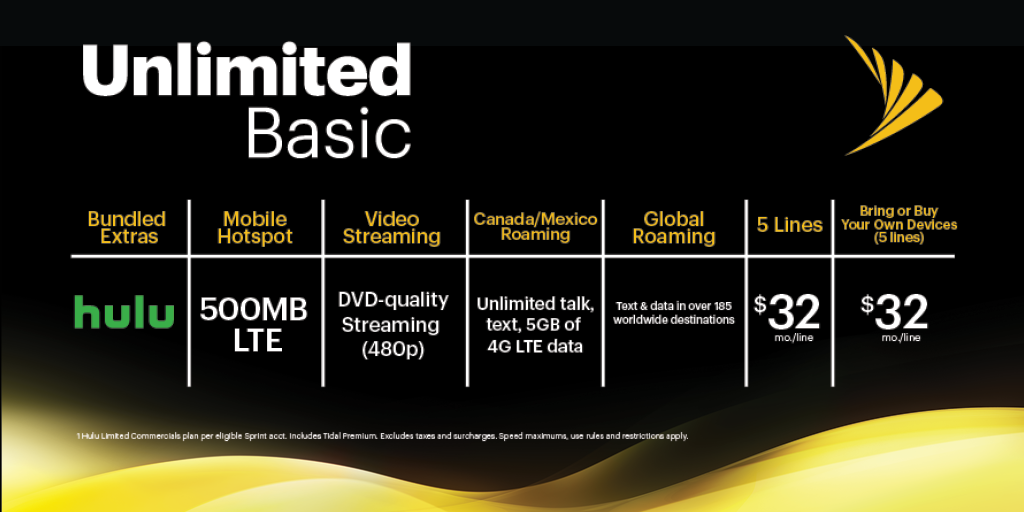 It will also throttle video down to 480p, which it did not do in the past. You’ll still get Hulu, though, and 5GB of roaming data in Canada and Mexico. The second line costs $40 and the subsequent lines are priced at $20 per month.

The second plan, Unlimited Plus, will take you back with $70 per month and it’s the higher-end option. It bundles 15GB of LTE hotspot data, 1080p HD streaming, Hulu and Tidal. Customers will also get 10GB of data roaming in Canada and Mexico. Adding the second line costs $50, while the following lines are $30. 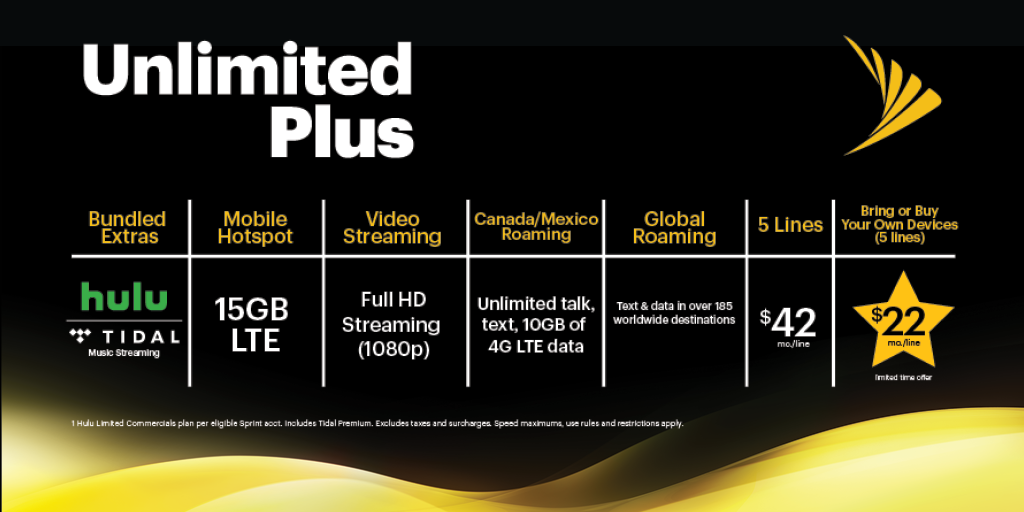 Users on both plans will be subject to slow down in times of network congestion. But Sprint has increased the data cap, which is now set to 50GB, instead of 23GB.

At five lines, the Unlimited Basic costs $160, while the Plus plan will take you back with $180. That’s a big difference when compared to the $100 promotion of its bygone Unlimited Freedom plan.

But if you bring your own phone or buy a new one on the Plus plan, you’ll be able to get five lines for a total of $110.

Anyway, the new plans will go into effect starting today, July 13, 2018.  In an attempt to sweeten the deal, Sprint will offer a $50 prepaid MasterCard to the first ten customers who jump on board with one of the new plans.

For those who currently have the Sprint Unlimited Freedom plan, switching over to the new offerings will most likely feel like downgrading. Fortunately, it seems that for the time being you can keep the plan, as Sprint has made no mention of forcing subscribers to move to the new plans.