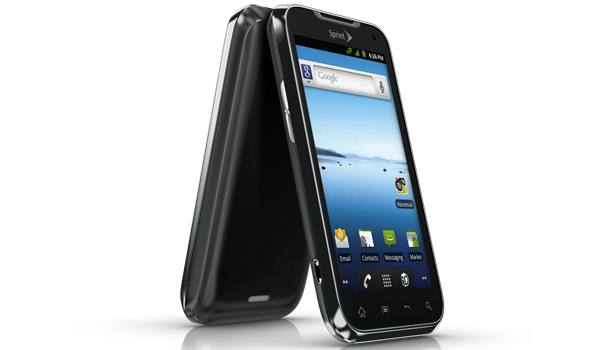 Sprint today announced that the LG Viper will make its arrival in stores around the country on Sunday, April 22.  As one of  the carrier’s first 4G LTE smartphones, the handset runs Android 2.3 Gingerbread and carries a $99.99 price tag.

Hardware for the LG Viper includes a 1.2GHz dual-core processor, 1GB RAM,  4GB internal storage, and a 4G microSD card. Additionally the handset features a 4.0-inch display, 5-megapixel camera, and VGA front-facing camera for video chat. Although it comes with Android 2.3 out of the box, we expect to see an Ice Cream Sandwich update before too long.

If you’re interested in picking up the new LG Viper, Sprint will gladly take your pre-order money today.  In fact, doing so will ensure that your phone arrives a day or two before it goes on sale.  The $99.99 sticker is after $50 mail-in rebate and with a two-year service agreement.

OVERLAND PARK, Kan., & SAN DIEGO–(BUSINESS WIRE)–Sprint (NYSE: S) and LG Mobile today announced Sunday, April 22, as the availability date for the highly anticipated LG Viper™ 4G LTE, one of the first smartphones to be available on the upcoming 4G LTE Network from Sprint. LG Viper will be available in Sprint sales channels, including www.sprint.comand 1-800-SPRINT1, for $99.99 with a new two-year service agreement and $50 mail-in rebate via reward card1 (excludes taxes and surcharges).

New and existing customers can pre-order LG Viper 4G LTE beginning today at www.sprint.com/viper. Customers who pre-order LG Viper will begin receiving their devices as early as Friday, April 20 – two days before the device goes on sale – while supplies last.

Additional apps and features include:

Additionally, LG Viper is Sprint’s first 4G LTE device to feature eco-friendly attributes, including ULE Platinum Certification, the highest level of environmental performance recognized by sustainable requirements established by UL Environment and Sprint, a casing made of 50 percent recycled plastics, and packaging that is 100 percent recyclable.

LG Viper customers can enjoy an unlimited data experience with Sprint Everything Data plans. Sprint’s Everything Data plan with Any Mobile, AnytimeSM includes unlimited Web, texting and calling to and from any mobile in America while on the Sprint Network, starting at just $79.99 per month for smartphones – a savings of $40 per month versus Verizon’s comparable plan with unlimited talk, text and 2GB Web, or $10 per month savings versus Verizon’s 450-minute plan with unlimited text and 2GB Web.

Sprint recently announced Atlanta, Baltimore, Dallas, Houston, Kansas City and San Antonio are expected to have 4G LTE and enhanced 3G service in mid-year 2012. Sprint 4G LTE should enable faster speeds for data applications, and the enhanced 3G service could offer better signal strength, faster data speeds, expanded coverage and better in-building performance. The upcoming launch of these large metropolitan areas demonstrates the continued commitment by Sprint to invest in its network through Network Vision. Whether a Sprint customer is using a smartphone to share a video, checking the Web via a mobile hotspot, Sprint 4G LTE will make it easier. For the most up-to-date details on Sprint’s 4G LTE rollout, please visit www.sprint.com/4GLTE.