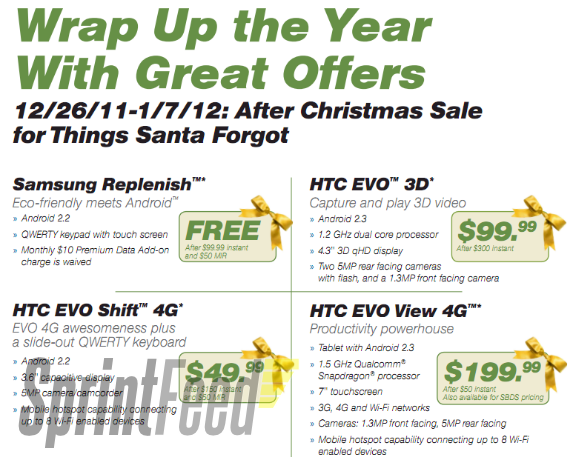 The hustle and bustle of the holidays can certainly do a number on your wallet. That’s why Sprint has decided to give you some time off, in hopes Santa brings you some cash. Starting the day after Christmas and running until January 7th of 2012, Sprint will be offering the following deals:

It’s possible Sprint is simply trying to clear out inventory in preparation for CES but whatever the reason, a deal is a deal — and were not going to complain about a deal. Of course the usual stipulations apply: “All products listed require a new two-year service agreement, or eligible upgrade for existing customers.” Sprint hasn’t been on the radar as of a late so we hope to start seeing more from them after the holidays.