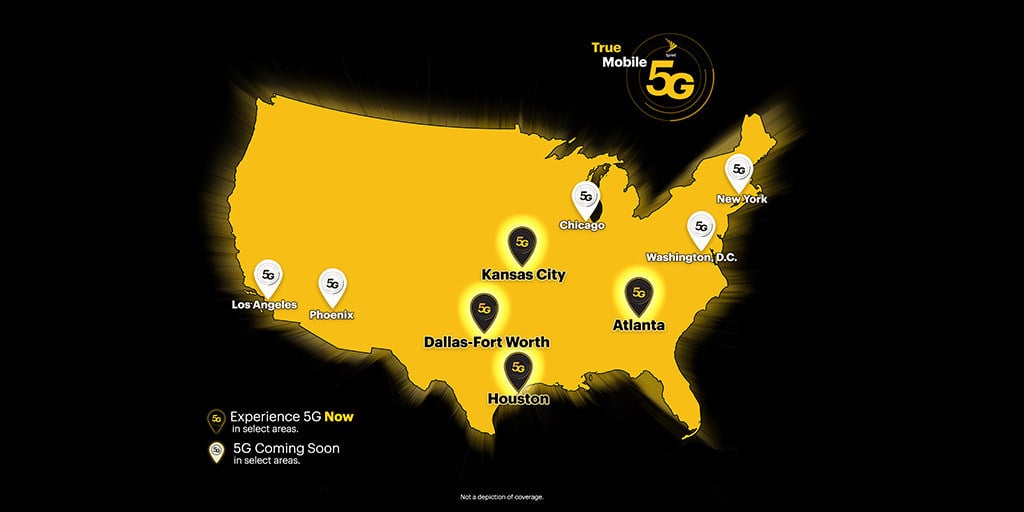 The previously announced markets are the first to see the carrier’s new ultra-fast data connection, but they’ll soon be joined by other cities. On the horizon are Chicago, Los Angeles, New York City, Phoenix, and Washington, DC; however, it’s not clear when each will launch.

Once in place across the nine markets, its 5G will cover a total of 2,180 square miles and approximately 11.5 million people. This would give it the largest 5G coverage area in the US by a sizable amount.

Sprint employs the 2.5 GHz frequency band (band 41) for its initial 5G network, meaning it delivers better coverage and building penetration than the mmWave frequencies used by Verizon and AT&T.

The first compatible phone offered by the carrier is the LG V50 ThinQ 5G, which is on sale in cities with Sprint‘s super-quick service. Looking ahead, Sprint will also sell the Samsung Galaxy S10 5G “this summer”.

Sprint also has the exclusive rights to the HTC 5G Hub, a mobile hotspot that allows for up to 20 devices to share the 5G network. For a limited time customers can activate the hub with a 100GB data plan for $60 per month.